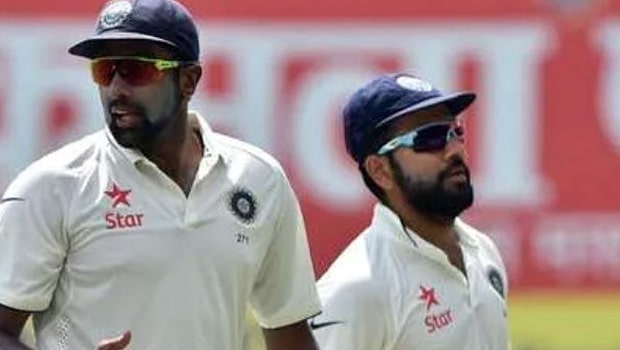 India opener Rohit Sharma and all-rounder Ravichandran Ashwin have gained big in the latest update of the ICC Test rankings. Rohit Sharma scored a fine knock of 161 runs in the first innings to set the tone of 329 runs. This knock has helped the stroke-maker gain nine places to reach 14th place in the rankings, which is his best since November 2019.

Ravichandran Ashwin, who scored a fantastic knock of 106 runs in the second innings against England has gained 14 places to occupy the 81st rank among the batsmen. On the other hand, Ashwin remains at seventh place in the rankings after bagging eight wickets in the second Test.

Rishabh Pant, who continued his impressive batting form to score a blistering knock of 58 runs in the first innings, has achieved a career-best ranking of 11th place. Kuldeep Yadav returns to the 50th place after taking two wickets whereas Axar Patel made an impressive entry into the rankings, after taking seven wickets on his debut, which also included a five-wicket haul in the second essay.

On the other hand, England’s left-arm orthodox spinner Jack Leach climbed up by six places to reach the career-best ranking of 31 after he took six wickets in the second Test. Stuart Broad who went wicketless in the second Test has slipped in the rankings by four positions to take sixth place.

Ben Stokes, who had an ordinary second Test match, has slipped two places in the all-rounder’s rankings. West Indies’ skipper Jason Holder is now at the numero uno place whereas Ravichandran Ashwin, who had an all-round match, has gained a place to take the fifth position.

For Bangladesh, left-handed opener Tamim Iqbal has moved from 37th to 32nd after scores of 44 and 50 whereas Liton Das has reached 54th rank from 65th among batsmen. Left-arm spinner Tajiul Islam is in 22nd position after his eight wickets in the match helped him gain five places.

India will take on England in the third Test match at the Sardar Patel Stadium, Ahmedabad from February 24.