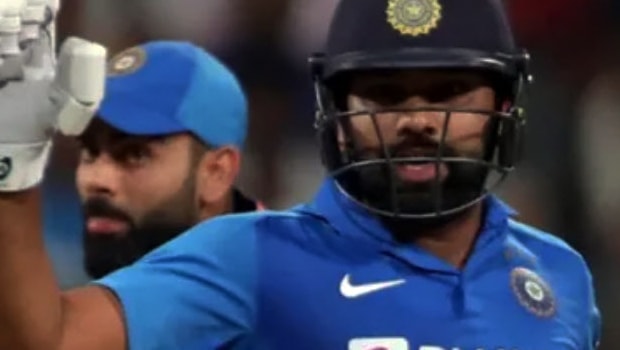 Former Indian opener Aakash Chopra reckons vice-captain Rohit Sharma would be the readymade choice to replace Virat Kohli as captain if the team looks for a different direction in the coming time. Rohit Sharma has done a fine job whenever he has been asked to fill in the shoes of Virat Kohli as the captain of the side.

Rohit has led the team to glory in the Asia Cup as well as the Nidahas Trophy. Meanwhile, Rohit is the most successful Indian Premier League captain as he has led Mumbai Indians to four titles. Rohit is known to get the best out of his players and he has led the team with a sedate approach in the past.

Chopra feels that India should continue with Virat Kohli for another year and they can change captain if they need a different approach. Both Kohli and Rohit are different as leaders as the current skipper is more aggressive in his methods. Chopra also added that it is crucial for India to win a major ICC tournament in the next two years as the last time India won a big competition was back in 2013.

The current cricket analyst also believes that the change in captaincy won’t impact Virat Kohli as a batsman. Kohli has performed even better as a batsman when he was handed over the captaincy baton.

However, Chopra feels Kohli will still be at his best as a batsman if he is not the captain as he has reached the pinnacle of his powers. The former Delhi batsman also added that Kohli is improving as a leader.

Aakash Chopra said while talking to Sawera Pasha on YouTube Interaction, “Rohit is a very good captain. Whenever he has been the captain, be it for Mumbai Indians or for India in the absence of Virat Kohli, he has been very good.

“India is blessed. If India feels 6 months or 1 and half years down the line that we need a change of guard… I don’t think Kohli’s performance will get affected. He has reached that level wherein he won’t come down from there. His performances will be unaffected regardless of whether he is the captain or not.

“But as a team, sometimes you want a different direction. If you reach that stage, then Rohit Sharma is a readymade choice available. But till then, you need to persist with Kohli, he is improving as captain.

Rohit has led the team in 29 matches in which the team has won on 23 occasions whereas they have lost six matches.