Home » Cricket » Rohit Sharma: T20 is a long way to go we are focusing on Series

Rohit Sharma: T20 is a long way to go we are focusing on Series 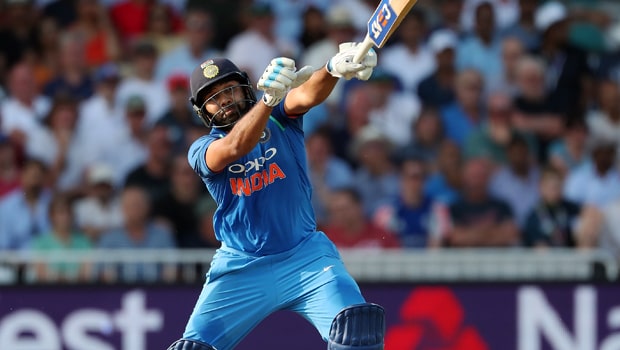 Vice-captain of India, Rohit Sharma says he is not interested in talking about the T20 World Cup than the T20I series against West Indies.

The game is level between both sides. It is expected to go down the wire.
He stated that he doesn’t want to keep saying India is trying to build a squad for the (T20) World Cup, but it is still a long way to go.

Rohit further said that India needs to focus on winning as that will keep them in the good state ahead of the decider games against West Indies on Wednesday.

The top Indian player who is not losing his sleepover next year’s World, which is still ten months away from now, said the team continues to find the right combination for the marquee event.

He also noted that India needs to keep winning games and doing the right things on the field, which will help the team composition, which will take care of itself automatically.

Speaking on the reason he wants take one series at a time, the stylish batsman pointed out that the team’s opponent is a quality team, and they will have to face Sri Lanka after.

After Sri Lanka, India will process to New Zealand before other T20s which need to be focused on.

He, therefore, pointed out that a focus on the present will help the lads in achieving their goals, by looking at the mistakes India is making to correct them and fire from all cylinders against their respective opponents.

On the team’s performance in recent games, the vice-captain said that India has been better while batting but not sharp in defending totals. This was evident in the first two games in Hyderabad; they won while chasing and lost in Thiruvananthapuram while defending.

Noting that the team is now shaping up between has their chasing has been good compared to posting targets, he said the mixture of experienced and inexperienced players is what every T20 team currently has. He added that the two elements need to come together to form a very compact unit.

While giving West Indies credit for chasing a target of 171, which is a decent score, he said the wicket was on a slower side when India was batting, making the shot uneasy.
Speaking on the team’s confidence, he said India fears no team.