Home » Cricket » Rohit Sharma takes a dig at ICC, says not easy to work from home

Rohit Sharma takes a dig at ICC, says not easy to work from home 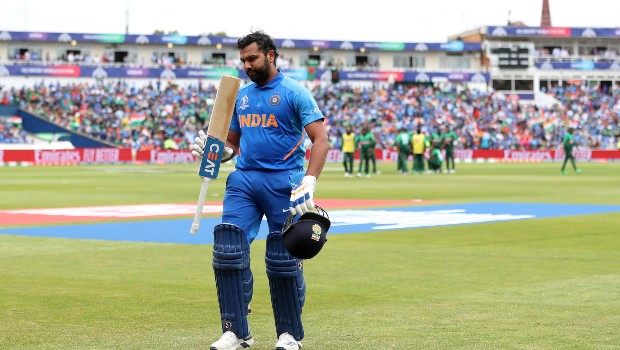 However, there was no mention of India’s limited-over vice-captain, Rohit Sharma. The flamboyant batsman has a great pull shot under his repertoire. The Indian opener has a lot of time under his belt and gets into a good position while playing the pull shot.

Subsequently, Rohit asked ICC that someone is missing here in the list but added that it is not easy to work from home due to the outbreak of coronavirus.

Someone’s missing here ?? Not easy to work from home I guess https://t.co/sbonEva7AM

Rohit wrote, “Someone’s missing here ?? Not easy to work from home I guess”.

Meanwhile, Rohit Sharma was ruled out of the ODI and Test series against New Zealand due to calf injury. The stylish batsman had pulled his calf in the final T20I match against the Kiwis.

The right-hander has been in sublime form in the recent past and grabbed his opening Test opportunity in the series against South Africa. The Mumbai batsman has been a consistent performer for the Indian side especially in the limited-overs format of the game.

On the other side, Rohit will lead Mumbai Indians in the upcoming edition of the Indian Premier League, if it happens. The tournament is under the clouds due to the outbreak of coronavirus.

Mumbai Indians is the most successful franchise in the IPL folklore as Rohit has led the team to four titles under his leadership.