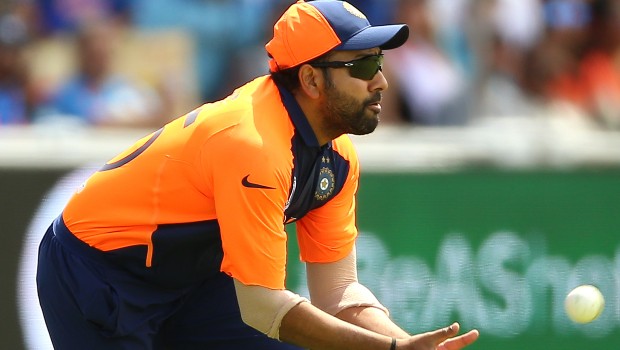 Former Indian skipper Sunil Gavaskar slammed the renowned publication, Wisden for not including Rohit Sharma into their five cricketers of the year list. Gavaskar said why we should pay any attention since Wisden only takes into account the performances in England.

Wisden had selected Australia’s Pat Cumins, Marnus Labuschagne, Ellyse Perry, England’s Jofra Archer and South Africa’s Simon Harmer as five cricketers of the year. However, it was surprising to note no Rohit Sharma in the list as the Indian opener had a brilliant outing in the 2019 World Cup. Meanwhile, England’s Ben Stokes and Australia’s Ellyse Perry were named leading cricketers of the year by Wisden.

The right-hander was at his best in the ODI showpiece and he finished the tournament as the highest run-getter in the tournament. Rohit had scored 648 runs in nine matches at a stunning average of 81 and strike rate of 98.33. Furthermore, the flamboyant batsman scored five centuries in the tourney, which was the maximum for any batsman in a single edition of the World Cup.

On the other hand, the stylish Indian opener finished 2019 as the leading run-getter of the year in the ODI fold. He amassed 1490 runs in 28 ODI matches at an average of 57.30. The right-hander scored seven centuries and six fifties in the year. Furthermore, he was able to grab his opportunity in the Test fold as he racked up 529 runs in three Test matches against South Africa.

“One may argue that Steve Smith was chosen as Cricketer of the Year in an earlier year. This once again confirms that the second best or lower performances get the nod. Remember also that a player could get thousands of runs and hundreds of wickets but if that has not happened in England then he still won’t be in the list of five since only performances in England are taken into account. Since that has been the case for so long, why should anyone give the list and the publication any importance since it rates only what happens in England,” Gavaskar wrote in his column Straight Drive in the daily Mid-Day.

“Firstly, let’s get one thing clear: Rohit is not going to lose sleep over his exclusion”.

It was shocking to not see Rohit Sharma make the cut into the elite list of Wisden despite great performance in the World Cup. Earlier, former Indian batsman VVS Laxman has shared his surprise over the exclusion of India’s white ball vice-captain.

Rohit has been in sublime form in the last couple of years and his records speak for himself especially in limited overs format. The right-hander has scored 9115 runs in 224 ODI matches at an impressive average of 49.27 with the help of 29 centuries.