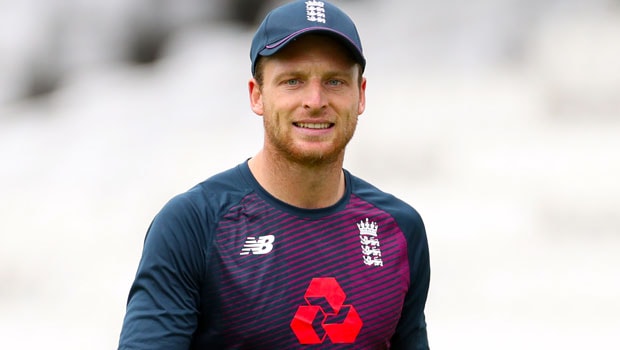 Rajasthan Royals and England wicket-keeper batsman Jos Buttler claimed that it is a treat to the eyes to watch Indian opener Rohit Sharma in action. Buttler played for Mumbai Indians back in 2016 as well as 2017 and had the pleasure of sharing the dressing room with the franchise skipper. In fact, Buttler also had the best seat in the house when he batted with Rohit.

Buttler added that Rohit’s batting is effortless as if he has an extra second to play his shots. Rohit’s skills are well known and once he gets going, it is all but impossible to put the shackles. The Indian veteran is a pure timer of the ball and plays his shots with sheer class.

The right-hander can hit the ground running and makes daddy hundreds once he gets settled into the crease. Buttler has some great memories while opening the batting with Rohit Sharma.

“Rohit Sharma I think is an awesome player. He’s effortless. When I played with him at MI, I noticed that if he gets in, he goes on to make big runs and wins games. The effortless nature in which he can take guys down, he’s great,” said Buttler during a live interaction with Rajasthan Royals teammate Ish Sodhi.

On the other hand, Jos Buttler heaped praise on Rohit Sharma for being successful for a long time. Buttler also added that Rohit is one of the best pullers in the game and has great control over the shot.

Rohit has been a consistent performer for both India as well as Mumbai Indians. The stylish batsman has scored 4898 runs in 188 IPL matches at an average of 31.6. Furthermore, Rohit has led MI to four IPL titles, which is the most for any team.

Meanwhile, Jos Buttler played two seasons for the most successful IPL team, Mumbai Indians. The right-hander scored 527 runs in 24 matches at a blistering strike rate of almost 147. However, the gloveman then moved to Rajasthan Royals in IPL 2018 and he has enjoyed great success with the inaugural champions. Buttler has scored 1386 runs in 45 IPL matches at an impressive average of 35.54 and a staggering strike rate of 150.82.