Rohit Sharma’s grace comes down with a downside – David Gower 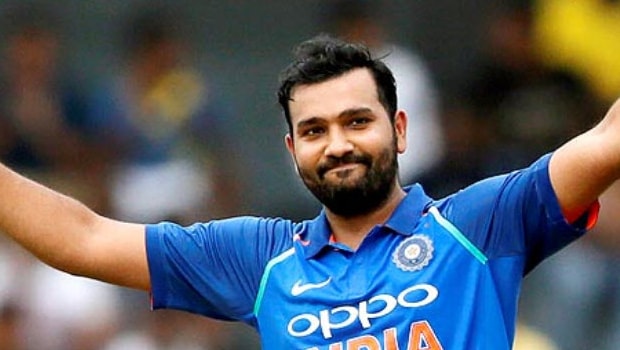 Former England skipper David Gower has heaped praise on Indian limited-overs vice-captain Rohit Sharma. Gower stated that Rohit scores a truckload of runs in the white-ball format as he occupies the crease for a long time. Rohit has been the most consistent batsman in the world, especially in the limited-overs format.

Gower added that one has to stay at the crease for a long time to score big runs as no one can score runs from the dressing room. Rohit is also known to get a gargantuan score if he gets settled. The flamboyant batsman is the solitary International batsman to score three double centuries in the ODI format whereas he has scored eight scores of more than 150 in the 50-overs version.

Rohit also has the skills to change gears after getting to the three-digit mark. The stylish batsman can get his runs at an impressive strike rate and if it is hard to dismiss him once he gets settled.

David Gower said while talking to Cricket.com, “At the moment, we see his (Rohit’s) talent on show all the time because he makes lots of runs so the work comes in to actually make sure that you have the determination, the ability, the technique, the calmness and the concentration — all the things you need to actually occupy the crease for long enough to make those runs.”

On the other hand, Rohit Sharma is a treat to the eyes when he is batting. It looks like Rohit has got an extra second even when he is playing against the fastest of the bowlers. As Rohit is so pleasing to the eyes, it gives a false impression that he has played a bad shot when he doesn’t have a great day at the office. Gower, who was also known for his flamboyant game, added that Rohit’s grace comes with a downside.

“As Rohit has probably found out as well, that if you make it look easy when you get out, the natural assumption for people watching sometimes is that you don’t care, that you’re too relaxed or it doesn’t matter,” Gower said.

“It looks as easy getting out as it does hitting the ball for four. All you can do under those circumstances is say ‘look two days ago I got a hundred, that’s what I’m trying to do every day, just because it didn’t work is not because I’m not trying.'”

Rohit Sharma has done a fine job for the Indian team and there is hardly any chunk in his armour in the white ball format. The right-hander has scored 9115 runs in 224 ODI matches at an impressive average of 49.27. Rohit was at the top of his game in the 2019 World Cup as he had scored 648 runs in nine matches with the help of five centuries.