Ross Taylor to retire from International cricket after home summer 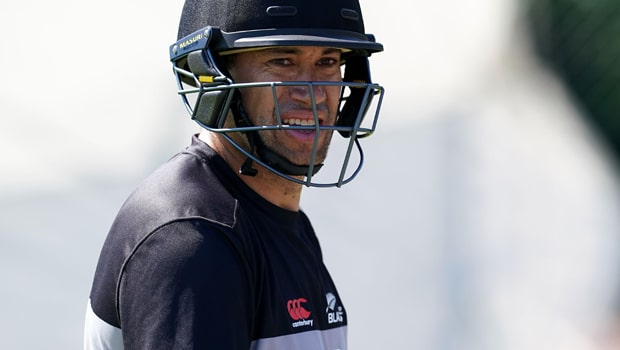 New Zealand batter Ross Taylor has decided to hang his boots from International cricket after the completion of the upcoming home summer. Taylor will play his last Test series against Bangladesh as New Zealand will host the Tigers in a two-match home series. Subsequently, the Kiwis will tour Australia for three-match ODI series before hosting the Netherlands.

Taylor had made his Test debut back in 2007 against South Africa at the Wanderers before making his ODI debut back in 2006 against West Indies. Since then the right-hander has been a consistent performer for the Kiwis in all three formats. In fact, Taylor is the leading scorer for New Zealand in Test and ODI format.

Furthermore, the talisman has scored 1909 runs in 102 T20I matches and had announced his T20I retirement earlier in the year.

Ross Taylor said in the media release, “It’s been an amazing journey and I feel incredibly fortunate to have represented my country for as long as I have. It’s been such a privilege to play with and against some of the greats of the game and to have created so many memories and friendships along the way.”

Taylor added: “But all good things must come to an end and the timing feels right for me. I want to thank my family, friends and all those who have helped me get to this point. There’ll be plenty of time for more thank-yous and reflections later in the season – but for now I want all my energy and focus to be on preparing and performing for the Blackcaps this summer.”

On the other hand, New Zealand captain Kane Williamson heaped praise on Ross Taylor stating that he is a world-class player.

“Ross has been at the core of the side for so long and can be extremely proud of having brought the game in this country to a better place. He’s a world-class player, our best with the bat over such a long period of time and personally, it’s been a pleasure to be involved in so many partnerships with him across the formats.”