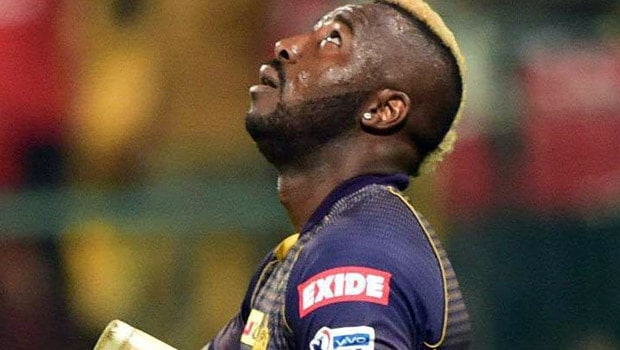 The arrival of Sunil Narine and Andre Russell in Abu Dhabi is now a boost to the Kolkata Knight Riders (KKR) squad.

The West Indies all-rounders arrived ahead of their opening match in the 13th edition of the Indian Premier League (IPL).

Also arriving UAE among the team’s contingent are the coach, Brendon McCullum, and spinner, Chris Green.

Having arrived Abu Dhabi to link up with the squad, they will be confined to their hotel room for six days to undergo quarantine as a precautionary measure against the dreaded COVID-19.

It could be recalled that the camp of Chennai Super Kings was hit by the virus 13 persons tested positive.

As part of the COVID-19 guideline, all players and team personnel, on their arrival, must undergo a six-day quarantine period. Apart from that, everyone’s results have to return negative thrice before entering the training ground.

Ahead of the tournament opener, CSK has resumed training since most of those affected were from their contingents’ media arm.

So, every other team has been training and gearing up for the return of cricketing action. The competition had to be shifted to the UAE as India continues to record high daily cases of the dreaded virus.

McCullum, the coach of Trinbago Knight Riders in the Caribbean Premier League (CPL), could join the KRR from inception because he had to lead his team. He eventually helped them win their fourth CPL title on Thursday night.

Narine also participated in the tournament as he was part of Trinbago Knight Riders, while Russell was also featured for Jamaica Tallawahs.

The opening game of the IPL 2020 is slated for September 19, while the competition will end on November 10.

The games will be played across three venues in the UAE.

The opener will be between Mumbai Indians and Chennai Super Kings in Abu Dhabi while Kolkata Knight Riders square up against Mumbai Indians on September 23.