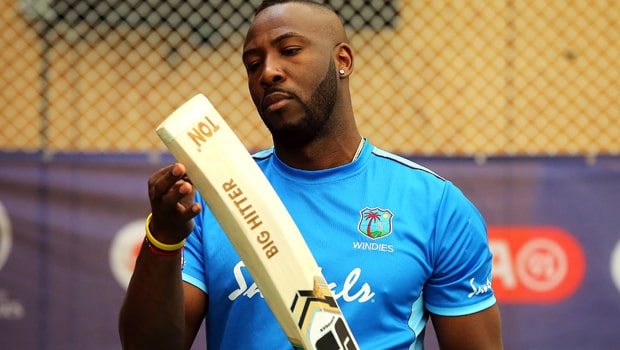 West Indies cricket all-rounder Andre Russell’s heroics went in vain as the Winnipeg Hawks edged past the Vancouver Knights in a thrilling Super Over to clinch their maiden Global T20 League title on Sunday.

First, Russell produced a magnificent spell of 4-0-29-4 to restrict the Hawks to a total of 192/8. Then he came back to do the unbelievable with the bat once again. He walked out to bat with the Knights requiring 54 runs off 19 deliveries to win the contest. Russell did what we have seen him doing numerous times in the Indian T20 League before. He smashed three fours and five sixes in the remaining deliveries to bring the equation down to just three runs required off the final delivery. However, he mistimed a slog this time towards long on. He ran two comfortably along with Saad bin Zafar but the latter was run-out while trying to sneak in a third one. Thus, the scores were tied and the match went down to the Super Over.

It was all you could ever want in a final. Thrill, tensed faces, nervous minds, fumbling hands, and yet everyone trying to hold themselves together to see their respective teams over the line. It seemed like there was nothing Russell couldn’t do on this particular day. He was sent out to bat alongside Rassie van der Dussen to take charge of the Super Over once again. Russell clubbed the first ball for a six once again but Pakistani pacer Kaleem Sana bowled two length balls to cramp him up and, then, he was out caught at the long on boundary. The rest of the batsmen couldn’t do much as they could muster only nine runs off the Super Over.

The equation now was quite simple for the Hawks. Score 10 runs and clinch the title. The dangerous Chris Lynn was sent out to bat at one end by the Hawks but there was Russell standing in their way once again as he had for the entire duration of the match. He was going to bowl the Super over as well and he started off with two fantastic deliveries that allowed the Hawks only a couple of singles. The third delivery was a full toss and the batsman somehow managed to miss that. Russell thought for a second that he got away, but no, Wicket-Keeper Tobias Visee missed it too and the ball raced away for four byes.

The equation is much more simple now. The Hawks require just four runs off the final three deliveries. Russell was not going to give up but fate was just not supposed to be in his favour. Lynn got a thick outside edge off the fourth delivery and the ball flew over short third-man for a boundary. The Hawks won and, hence, were declared the champions of the second edition.

It was UAE batsman Shaiman Anwar’s excellent knock of 90 off just 45 deliveries that had set the tone for the Hawks earlier in the match. That wonderful innings was studded with eight fours and seven sixes and, hence, was delightful to watch. Vancouver’s Ali Khan also did well to register figures of 2/30 and, thus, supported Russell from the other end. Shoaib Malik also deserves special mention as his 36-ball knock of 64 runs helped the Knights to recover from a poor start and, thus, gave the likes of Russell and Zafar the chance to take the match right down to the wire. For the Hawks, it was skipper Rayad Emrit, who was the pick of the bowlers having registered figures of 2/37. Checkout cricket update today.

Super Over: Winnipeg chased down the target of 10 runs set by Vancouver with two balls to spare