SA vs Eng 2020: Kagiso Rabada ruled out of England ODIs 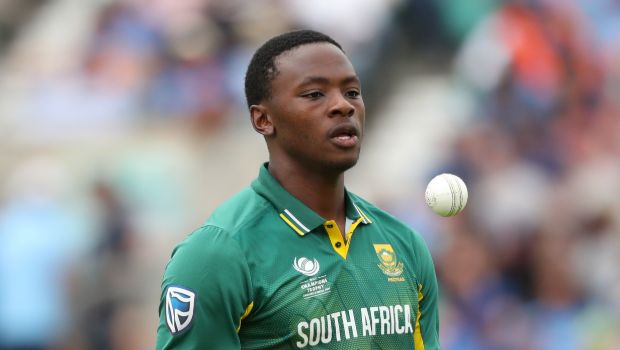 South Africa’s spearhead fast bowler Kagiso Rabada has been ruled out of the upcoming three-match ODI series against England due to right adductor strain, CSA has confirmed.

It is expected that fiery fast bowler will take at least three weeks to recover from the injury. Thus, Rabada has been released from the bio bubble created for the series against England.

In fact, Rabada could not take part in the final T20I against England due to the injury. Meanwhile, Rabada had a mundane T20I series as he could only manage a solitary wicket in the two matches he played. The gun fast bowler returned with figures of 0-32 in the first T20I whereas he had figures of 1-25 in the second game.

Rabada had come into the series on the back of a successful stint with Delhi Capitals in the 13th edition of the Indian Premier League. The right-arm fast bowler had scalped 30 wickets in 17 matches and had finished as the leading wicket-taker of the tournament to bag the Purple cap.

Meanwhile, England dominated the three-match T20I series as the visitors clean swept the hosts by 3-0. The tourists won the first T20I by five wickets after a fine knock of 86 runs from Jonny Bairstow and three wickets from Sam Curran. The Eoin Morgan-led team continued their domination in the second match as they won by four wickets.

In fact, England were in a sort of trouble in the second game but a fine knock of 55 runs from Dawid Malan saw them chase 147 runs. The visitors had no trouble in winning the third and final T20I as Dawid Malan hammered an unbeaten knock of 99 runs from 47 balls whereas Jos Buttler scored 67 runs from 46 balls to help their team chase down a par score of 192 runs.

Consequently, England have moved to the top of the T20I rankings. South Africa and England will take on each other in the first ODI at Newlands, Cape Town on December 4.