SA vs IND 2021: Aakash Chopra picks India’s Test squad for series against South Africa, no place for Rahane and Gill 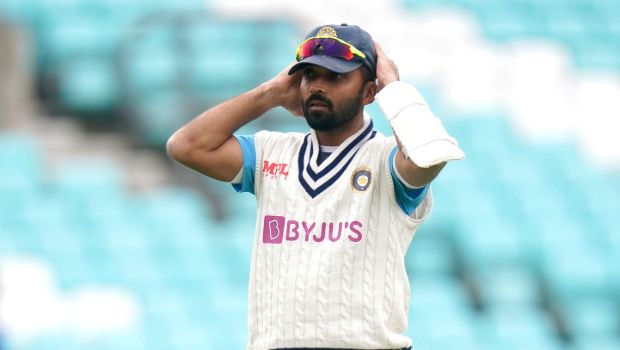 The renowned commentator didn’t pick the team’s vice-captain Ajinkya Rahane and opening batter, Shubman Gill. Rahane has been horribly out of form in the last two years and his average has dropped down below 40.

On the other hand, Shubman Gill has failed to convert his starts into substantial scores in his young Test career. Rohit Sharma and KL Rahul, who both batted at the top of their game in England are expected to be the first choice openers on the tour of South Africa while Chopra picked Mayank Agarwal as the backup opener as he scored fine knocks of 150 and 62 runs in the second Test match against New Zealand.

“I have kept Pujara in my team and I have picked my XI as well. I will play him at No. 3 in this team. There is a lot of pressure on him and this tour is very important for him but as of now, Pujara is there.”

“At No. 4, I have got Kohli, there is no doubt in that. He has struck centuries in South Africa and the expectation is that the century wait will end here. He will have to score runs, the batsman Kohli will have to help the captain Kohli.”

Shreyas Iyer who made an impressive debut in the opening Test match at Kanpur against New Zealand makes the cut into Chopra’s playing XI. Chopra also picks Rishabh Pant as the wicket-keeper batter of the team.

“At No. 5, I have picked Shreyas Iyer. Who can make him sit out after what he did on his debut? If he is at five, that means Ajinkya Rahane is not in my XI. We want to maintain the continuity and want to go with a player who has scored runs.”

“Rishabh Pant at six, five batters and a keeper. Pant as a keeper and batter is in my side. I am not changing the captain’s philosophy, he has said that he will play five bowlers and I have made the team according to that.”

Chopra picked Ravindra Jadeja and Ravichandran Ashwin as the two spinners in the team. The commentator wants the team to back its strength in overseas conditions.

“At No. 7, Ravindra Jadeja. Jaddu as a batsman, Jaddu as a bowler, Jaddu as a fielder, Jaddu as a gun player. There is no doubt about Jaddu. He is an amazing player and he is playing in the XI according to me.”
“At No. 8, I have got Ashwin. I want to play two spinners, I have not seen the pitch but I feel you can play two spinners because if there are four fast bowlers, one of them is under-bowled.”

“After that, it is very simple. There is Bumrah and Shami, there is no discussion and debate in that. Everyone will keep them in the team. After that, I have kept Siraj at No. 11. He has leapfrogged everyone, he has become the third pacer.”