Home » Cricket » SA vs IND 2021: Anrich Nortje ruled out of India Tests due to injury

SA vs IND 2021: Anrich Nortje ruled out of India Tests due to injury 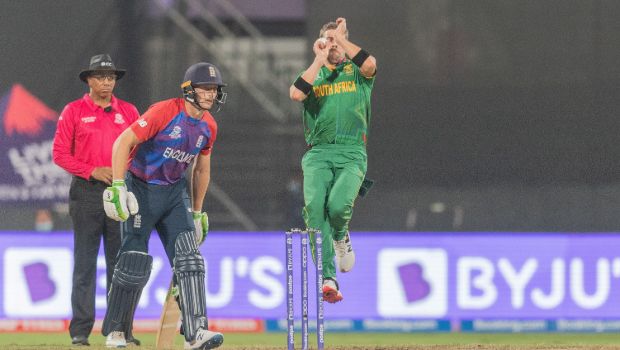 South Africa has suffered a huge blow as their gun fast bowler Anrich Nortje has been ruled out of the upcoming three-match Test series due to persistent injury, Cricket South Africa announced on their Twitter handle on Tuesday.

The South African board has decided to name no replacement for the fast bowler and it has now a 20-man squad for the hosts.

It has been reported that Anrich Nortje is being troubled by a hip injury in the recent past. The ace paceman has thus far played 12 Test matches in which he has scalped 47 wickets at an average of 28.1. Nortje could have been lethal against India in the three-match series and he could have troubled the opposition with his extra pace.

Nortje last played for South Africa in two-match Test series against West Indies in June and picked eight wickets against the Caribbean nation.

On the other hand, in the absence of Anrich Nortje, Duanne Olivier is expected to get his chances in the series against India. Olivier has thus far played 10 Test matches for the Proteas in which he has snared 48 wickets at an impressive average of 19.2. The lanky fast bowler has returned back to South Africa earlier in the year after his Kolpak stint.

He has been in impressive form as he has picked 28 wickets in four first-class matches in the Four-Day franchise series at a fine average of 11.18 and had also returned with best figures of 9-95.