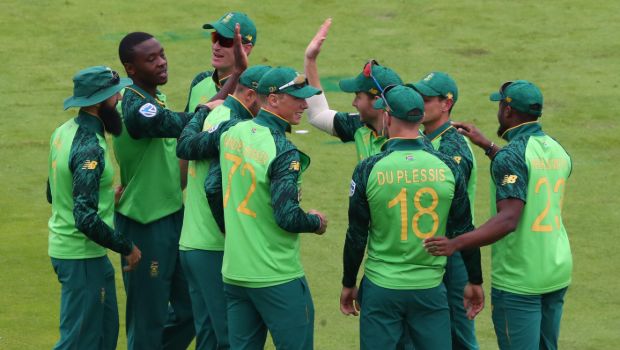 Cricket South Africa has named a 21-member squad for the upcoming three-match Test series against India. The Proteas squad is boosted by the return of their gun fast bowler Kagiso Rabada and Anrich Nortje.

Duanne Oliver, who last played for the team back in 2019 has returned to the squad.

Glenton Stuurman and Prenelan Subrayen have also been included in the squad whereas Ryan Rickelton and Sisanda Magala have earned maiden Test call-ups for the team. This will be South Africa’s maiden series of the World Test Championship cycle 2021-23 and they will look to make a good start to their campaign.

Oliver has been in red-hot form in the four-day Franchise series as he has scalped 28 wickets at an average of 11.14 with 9 for 95 being his best in a game.

On the other hand, wicket-keeper batter Ryan Rickelton scored two centuries to catch the eyes of the national selectors. Glenton Stuurman makes the cut into the squad after picking seven wickets against India A in the second unofficial Test match at Manguang Oval, Bloemfontein.

Dean Elgar will lead the team while Temba Bavuma is going to play the vice-captain role for the Proteas.

“We as the Selectors are excited for the return of Test cricket. This format is very important to CSA and keeping it relevant and alive is one of the organization’s priorities,” Victor Mpitsang, the Convenor of Selectors, said.

“We are really looking forward to the return of Dean Elgar and his men, it’s been a long few months since the last time we saw them dominate in the West Indies. We are confident in the team that we have selected and believe fully in backing the talent that we have unearthed and cultivated over the last couple of seasons and giving players the backing that they deserve when they have continuously done well over a significant period of time.

“This Test series is also important in terms of getting some points in the Test Championship table and we are confident that this group will pick up from where they left off and give us a good show on home soil.”

The first Test match between South Africa and India will be played in Centurion from December 26.