Home » Cricket » SA vs IND 2021: Discipline I’ve shown has been the biggest contribution for me in performing away from home – KL Rahul

SA vs IND 2021: Discipline I’ve shown has been the biggest contribution for me in performing away from home – KL Rahul 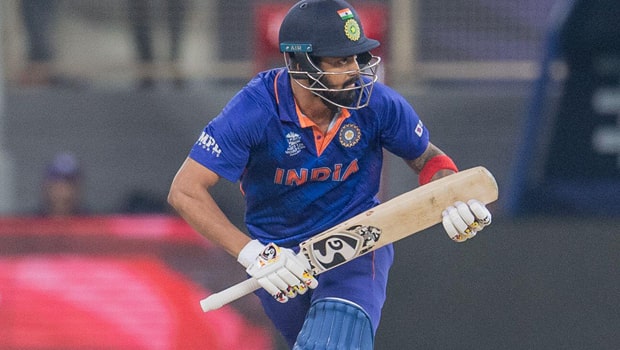 India’s Test opening batter KL Rahul reckons the discipline which he has shown has played the biggest role in his success while performing away from home. Rahul had scored 315 runs in four Test matches against England at an average of 39.38 earlier in the year and continued his good overseas form against South Africa.

The flamboyant batter scored a match-winning knock of 123 runs in the first innings of the opening Test match against the Proteas at the SuperSport, Centurion. Rahul’s piece de resistance knock on a difficult pitch helped India set up the game as they were able to post327 runs in the first essay after skipper Virat Kohli won the toss and decided to bat first.

Rahul showed great resistance outside the off-stump as left the ball with confidence while covering his stumps. The right-hander has worked hard on his game in the red-ball version and he is now reaping the rewards.

Rahul was adjudged as the Player of the match after he scored a total of 146 runs in the game as India won the first Test match by 113 runs after skittling out South Africa at 191 runs in the second innings. Thus, Team India was able to get their maiden win at Centurion and the tourists have got off to a perfect start as they have taken a 1-0 lead in the three-match series.

Rahul has thus far scored a total of seven Test centuries and six of them have come on foreign soil.

KL Rahul said in the post-match presentation, “The grit and determination – really wanted to get my team off to a good start. On a challenging pitch the opening partnership is crucial. Really happy with my performance. Don’t think I’ve made too many technical changes. It’s about my mindset, how calm and disciplined I am. It’s all coming nicely now. The discipline I’ve shown has been the biggest contribution for me in performing away from home. It’s something I’m proud of (his overseas hundreds)”.

Rahul also showered praise on Mohammed Shami, who took a total of eight wickets in the opening Test and played a key role in the team’s historic win.

He added, “Kept us on the park a little lesser (Shami). The fast bowling unit has shown a lot of heart, not just today but the last few years. Happy with the way Shami bowled and the way other guys chipped in as well. Shami gets the ball to do a little bit extra as Virat said. Very very special coming to SA. This win gives us a lot of confidence. Want to keep getting better as individuals and try to win another Test in a few days time”.

The second Test match between India and South Africa will be played at the Wanderers, Johannesburg from January 3.