Home » Cricket » SA vs IND 2021: Facing the ‘best side in the world’ is always going to be tough, says Dean Elgar

SA vs IND 2021: Facing the ‘best side in the world’ is always going to be tough, says Dean Elgar 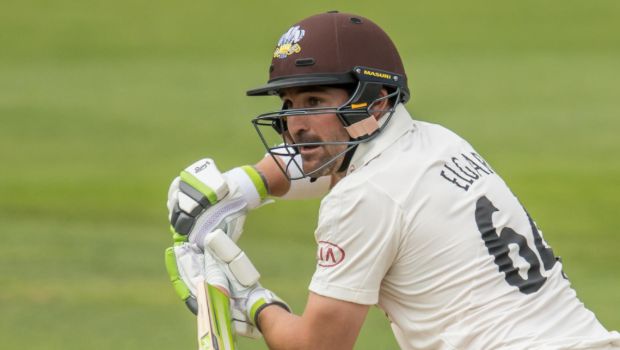 South Africa Test skipper Dean Elgar admitted that facing the best side in the world is always going to be tough for them. The Proteas is all set to take on India in three-match Test series.

Team India under Virat Kohli has proven their mettle in the overseas conditions and a lot of cricket experts reckon that the visitors will have a golden opportunity to create history in South Africa as they are yet to win their maiden series in the tough conditions.

Keeping the team’s balance in mind, there is no doubt that India will begin as favorites against the Proteas, which are in the rebuilding phase. Furthermore, South Africa will miss the services of their gun fast bowler Anrich Nortje, who has been ruled out due to a hip injury. On the other hand, India will miss the services of their key players like Rohit Sharma and Ravindra Jadeja.

Meanwhile, India has a potent pace battery, which has been consistent in foreign conditions. The likes of Ishant Sharma, Mohammed Shami, and Jasprit Bumrah have delivered the goods in all the conditions. Moreover, Mohammad Siraj has risen through the ranks since making his Test debut against Australia at the MCG.

On the other hand, Elgar admitted that there is a lack of experience in his team’s batting line-up but feels it will give an opportunity to the youngsters to grab their chances.

“It’s something that we’re aware of that we lack experience in our line-up but for me it’s an opportunity-based line-up,” Elgar is quoted as saying by Cricket South Africa.

“Guys are going to get opportunities to play and they need to best prepare for that Indian line-up “It’s a message I’ve been sending through to our guys for the last few months, opportunities are there, and guys need to make those positions their own. If they don’t, then there’s other guys waiting in line.

“It’s always going to be tough facing the best side in the world, they’ve got a very good bowling line-up and we’re aware of that. But opportunities is the one word that screams out for me to our players.”

Meanwhile, Elgar is satisfied with the preparation of the team ahead of the Boxing Day Test match and added that they don’t want to leave any stone unturned in their preparation.

“We’ve had three really good days of preparation here in Johannesburg,” he said. “It’s not ideal due to the Covid-19 situation and the injuries that some players have not had a lot of game time.

“There’s been a few setbacks, but we’re a professional outfit, we play professional cricket and we’re going to play against the best team in the world. We have no excuses to leave any stone unturned. “We can’t let the setbacks hold us back for what is going to be a very good series.”