Home » Cricket » SA vs IND 2021: For me, Mohammed Shami is among the best three seamers in the world at the moment – Virat Kohli

SA vs IND 2021: For me, Mohammed Shami is among the best three seamers in the world at the moment – Virat Kohli 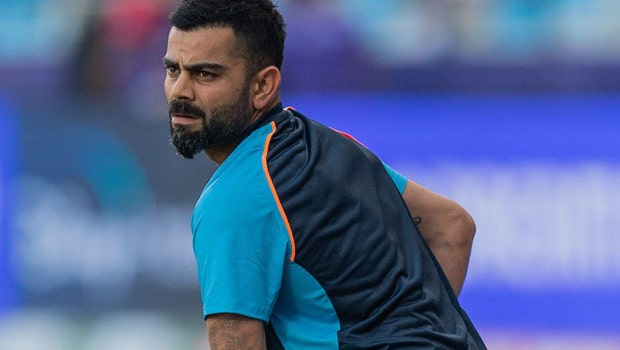 Indian skipper Virat Kohli has rated Mohammed Shami as among the best three seamers in the world at the moment. Kohli heaped praise on Shami after India defeated South Africa by 113 runs in the opening Test match at SuperSport, Centurion. Shami picked a five-wicket haul in the first innings as he returned with impressive figures of 5-44 to help his team skittle out the opposition for a paltry score of 197 runs.

The gun fast bowler also completed 200 Test wickets as he bowled at the top of his game and breathed down the neck of the Proteas batters with his accurate line and length. Shami was successful in making the most of favorable conditions and bowled accurately to get his dismissals.

The ace paceman continued his good form in the second innings as he scalped three wickets and once again delivered the goods for the team. Thus, Shami took a total of eight wickets in the opening Test match and played a key role in the team’s win. In fact, Jasprit Bumrah suffered an ankle sprain in the first innings and it was imperative for Shami to be at his best in his partner’s absence.

Shami has been a consistent performer for the Indian team in the multi-day format and this performance must have added a shot in his arm.

Virat Kohli said in the post-match presentation, “Spoke about it in the change room – the fact Bumrah didn’t bowl much in the first innings, it allowed SA to get around 40 more runs. Just the way these guys bowl together has been a hallmark of our team getting a result in difficult situations. Absolutely world-class talent (Shami). For me, he’s in the best three seamers in the world at the moment. His strong wrist, his seam position, and his ability to hit a length consistently. Got so much confidence out of Johannesburg last time. It’s a ground we love playing at.

Kohli also heaped praise on Mayank Agarwal and KL Rahul as the opening pair added a fine alliance of 117 runs to set up a total of 327 runs after the Indian skipper won the toss and decided to bat first.

He added, “Got off to the perfect start. Have to understand one day was washed out – shows how well we played. It’s always a difficult place to play against SA (Centurion). The discipline that the batters showed. Winning the toss, batting first overseas is a tough challenge. Credit to Mayank and KL for the way they set it up. We knew we were in pole position with anything over 300-320. Knew the bowlers will do the job”.

The second Test match between India and South Africa will be played at the Wanderers, Johannesburg from January 3.