SA vs IND 2021: He knows where his off-stump is – Mayank Agarwal lauds ‘centurion’ KL Rahul 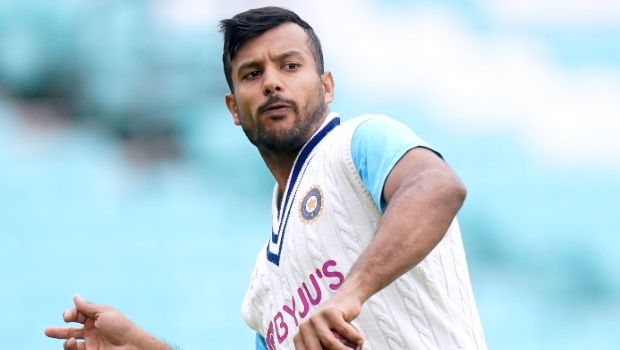 One of the most pivotal attributes of being a successful Test opener is the ability to leave balls outside the off-stump. To do it successfully, it is imperative for the batter to know where his off-stump is.

And India’s Test opening batter KL Rahul exactly knows where his off-stump is, his opening partner Mayank Agarwal said after the opening day’s play in the first Test match against South Africa at Centurion on Sunday.

KL Rahul scored his seventh Test century as the right-hander showed all the patience in the early stage of his innings, leaving balls outside the off-stump while covering his stumps. Rahul was also quick to punish the loose deliveries from the Proteas bowlers and played with great panache.

Rahul had proven his mettle in tough English conditions as he had scored 315 runs in four Test matches at an average of 39.38 and continued his good form in the first innings of the Centurion Test. In fact, Rahul became the only second Indian opener to score a century in South Africa after Wasim Jaffer.

Furthermore, Mayank Agarwal and KL Rahul added 117 runs for the opening alliance, with the former scoring 60 runs. India ended the day’s play at 272-3 with KL Rahul unbeaten on 122 and Ajinkya Rahane accompanying him with an undefeated 40.

Agarwal told reporters after the day’s play, “He really understands where his off-stump is, he is getting into line with the ball and leaving really well. He is very disciplined with his game plans and his mindset. He is looking to bat sessions and bat through (the innings) when he gets set.”

“We really applied ourselves as batsmen, we were really determined and disciplined about how we went about it.”

Agarwal, who was the aggressor in the opening partnership, added that there was a bit of moisture in the pitch in the early phase but batting was a bit easier after they got settled.

“There was a bit of moisture in the wicket early and that is why a few balls kicked from a length. It got a little better to bat on as the day progressed and got a little quicker. The crucial point for us is getting partnerships. We had a good partnership first up and then with Virat (Kohli) and KL, and now with Ajinkya (Rahane) and KL. Making our partnerships bigger and bigger is the key.”

India would look to continue their domination on the second day while South Africa will aim to bounce back.