Home » Cricket » SA vs IND 2021: I am available for the ODI series against South Africa, confirms Virat Kohli

SA vs IND 2021: I am available for the ODI series against South Africa, confirms Virat Kohli 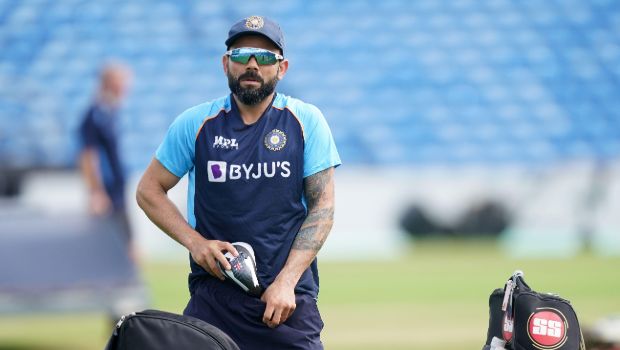 Former Indian limited-overs captain Virat Kohli has confirmed that he is available for the three-match ODI series against South Africa.

It was recently reported that Kohli might miss the ODI series against the Proteas as he wanted to be with his family to celebrate the first birthday of his daughter, Vamika.

Kohli was recently removed as ODI captain as the selectors felt it won’t make sense to have two white-ball captains. Thus, it was anticipated that Kohli could be upset after he was removed as the ODI captain.

Kohli revealed that he was informed 1.5 hours before the Test squad selection that he won’t be the ODI captain for the tour of South Africa.

“I was and am available for selection (for the ODIs),” he said. “I was contacted by selectors 1.5 hours before the meeting, we discussed the Test selection, then chief selectors told me I won’t be the ODI captain and I was fine with it. There was no prior communication.”

On the other hand, it has been reported on multiple occasions that there is rift between Rohit Sharma and Virat Kohli. However, Kohli once again squashed such rumours.

“Rohit is a very able captain and we have seen it in the IPL as well as for India. [Rahul] Dravid is also very valuable. Both of them will have my absolute support. There is no problem between me and Rohit. I have been clarifying for the last two and a half years or so. I’m really tired.”

Meanwhile, Kohli is well known to give his 120% when he takes the field for the country. Kohli added that there will not be any dip in his motivation to do well for the team despite being removed as ODI captain.

“I have done the best I could. My motivation level to perform for the team will never dip. As captain, I have been honest to my responsibilities and have been absolutely honest to the job. “Batting, of course, when you have done this for a long time at the international level, you know how to perform. Nothing can derail me from playing for India. Nothing can derail me from being motivated to play for India.”

The first ODI between South Africa and India will be played on 19th January.