Home » Cricket » SA vs IND 2021: I believe in treating each ball on its merit and that is how I play all formats – Shreyas Iyer

SA vs IND 2021: I believe in treating each ball on its merit and that is how I play all formats – Shreyas Iyer 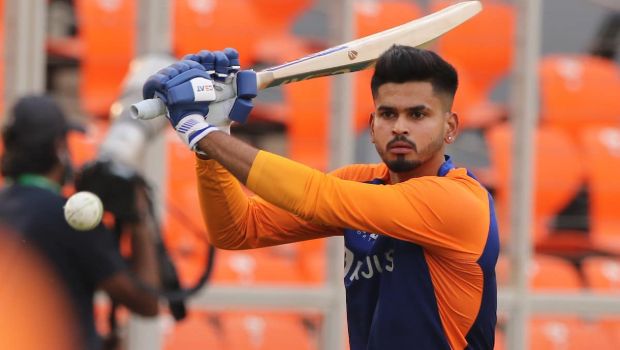 India’s rookie Test batter Shreyas Iyer has opened on his process when he goes out to bat. Iyer has opined that he believes in treating each ball on its merit and he tries to follow the same strategy in all three formats of the game.

Iyer made a fantastic start to his Test career as he scored a fine hundred on his debut against New Zealand at Kanpur and became the 16th Indian player to do so.

Subsequently, he scored another valuable fifty in the second essay and became the first Indian player to score a hundred and a fifty in his debut Test match. Thus, he was able to grab his opportunity with both hands.

With form under his bag, Iyer is expected to get his chances in the three-match Test series against South Africa and he would want to prove his mettle in the foreign conditions.

Shreyas Iyer said while talking to Indian Express, “I always walk into bat with a clear mind. When you’re batting, you can’t have your mind cluttered with too many things and plan your next shot before the ball is delivered. I believe in treating each ball on its merit and that is how I play all formats.”

He added: “Yes, you are eager and have a positive nervousness for your first run but at that moment, I just wanted to trust myself on each shot I was playing or attempting.”

In fact, Iyer hadn’t played any first-class cricket for almost three years before making his Test match debut. However, he was able to hit the ground running in his maiden match as he showed great composure when the team was on the ropes.

“I have had considerable experience in the Ranji Trophy circuit where I have developed certain processes around my technique. So, I didn’t try to over-complicate things. I just focused on the processes and mindset that have worked for me in the past.”

On the other hand, Rohit Sharma has been handed over the captaincy baton for the white-ball formats. Iyer heaped praise on Rohit stating he is always calm and collective under pressure situations.

“Rohit has his own brand of leadership. He’s very calm and collected and that rubs off on the team as well. He’s quite chilled out and encourages everyone, including youngsters, to share their views.”