Home » Cricket » SA vs IND 2021: I didn’t expect to get this chance, says Priyank Panchal after receiving maiden Test call-up

SA vs IND 2021: I didn’t expect to get this chance, says Priyank Panchal after receiving maiden Test call-up 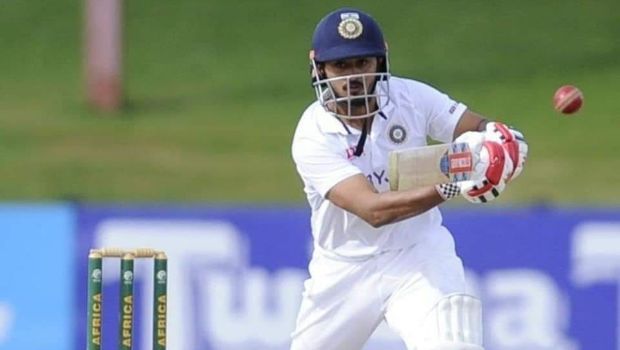 India’s rookie batter Priyank Panchal admitted that he didn’t expect to get his maiden Test call-up for the tour of South Africa.

Panchal was named in India’s Test squad after vice-captain Rohit Sharma was ruled out of the three-match series due to a left-leg hamstring injury.

Priyank Panchal has deserved his maiden Test call-up after decent performances in the domestic circuit. Panchal has all the experience of playing at the domestic level as he has scored 7011 runs in 100 first-class matches, including 24 centuries and 25 fifties.

Speaking to TOI, he said: “It was just three days back that I returned home from South Africa. I hadn’t even unpacked properly, and now, I find myself landing in Mumbai (to join the Team India bio-bubble).”

Priyank Panchal added: “I’ve been doing well since the last few years for Gujarat and India ‘A’, and I’ve been waiting for this chance for many years, but I didn’t expect to get this chance. This is a pleasant surprise.”

The 31-year old has performed consistently at the domestic circuit and has all the experience under his belt. The Gujarat player added that it did lower his confidence after he didn’t get a chance to play for the national team despite performing consistently in first-class cricket.

“It’s natural to feel a bit low after not getting a chance while I was scoring so many runs. However, my personality is such that I was always thinking: ‘What am I lacking now as a batsman? If I want to play for India, then what should I do to become more impactful? What kind of a game is required in international cricket?’ I’m glad that all my hard work and persistence have finally paid off,” Priyank mentioned.

Furthermore, he scored 120 runs in three innings at an average of 40 against South Africa A with the best score of 96 in the recent tour. Thus, Priyank Panchal will look to grab his opportunity with both hands in the upcoming series and he feels his recent experience of playing in South African conditions will help him on the tour.

“The experience of having played in South Africa recently will surely help me. I’m glad I’ve played for India ‘A’ for the last four-five years. That’s a big stage where I’ve played most of the international bowlers,” he added.