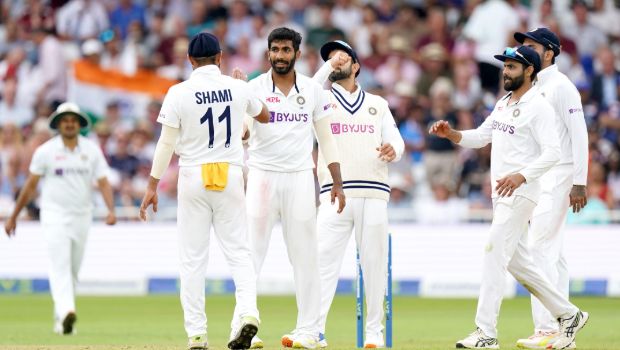 Bumrah has taken giant strides since making his Test debut and he has been a key bowler for the Indian team in all three formats. The right-arm fast bowler has made an impressive start to his Test career as he has scalped 101 wickets in 24 Test matches at a fine average of 22.79.

Bumrah had made his debut against South Africa in the 2017-18 tour and had scalped 14 wickets in three Test matches. Since then Bumrah has been an integral part of India’s Test team and he has played a key role in the team’s overseas success.

On the other hand, apart from Bumrah, Mohammed Shami and Ishant Sharma have been right on the money. Bumrah and Shami have scalped 53 wickets each since 2019 while Ishant Sharma has taken 44 wickets. Mohammed Siraj has also made an impressive start to his Test career as he has bagged 33 wickets in 10 Test matches he has played thus far.

Thus, Indian fast bowlers have shown the capability of taking all 20 wickets in tough overseas conditions. In fact, Indian bowlers had taken all the 20 scalps in three Test matches against South Africa in the 2017-18 tour.

“They are certainly good enough to take 20 wickets in each Test. They have been performing consistently all over the world. It is a good, balanced attack. The best part is that we have enough variety within the fast-bowling pack,” Zaheer told Hindustan Times.

“We have a tall bowler like Ishant Sharma to extract extra bounce from awkward lengths and someone like Mohammed Shami with his prominent seam position who can move the ball both ways off the deck. Then we have got Jasprit Bumrah, who is truly world-class and has created problems for batters with pace and guile.”

The Indian pace battery has played a key role in the success of the team in the foreign conditions and they will look to be at their best in the upcoming three-match Test series. The first Test match between South Africa and India will be played at Centurion from December 26.