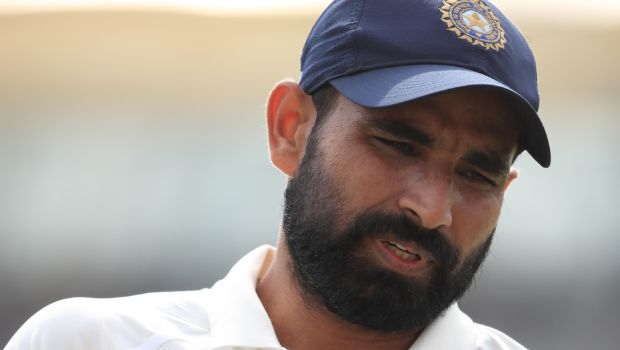 Former Indian fast bowler Zaheer Khan has showered praise on Mohammed Shami stating that he is a game-changing bowler.

Shami bowled at the top of his game and returned with impressive figures of 5-44 in the first innings against South Africa at SuperSport, Centurion on Tuesday.

Shami was right on the money with his line and length and breathed down the neck of the opposition with his accuracy. In fact, Jasprit Bumrah suffered an ankle sprain early on in the innings and thus it was crucial for Shami to bowl at the full cylinder.

Shami took the wickets of Aiden Markram and Keegan Petersen as he hit the top of the off-stump. Furthermore, he dismissed Kagiso Rabada, Temba Bavuma, and Wiaan Mulder to help his team skittle out Proteas at 197 and get a lead of 130 runs in the first innings.

Shami also completed 200 Test wickets after bagging his sixth five-wicket haul in an innings. Ergo, Shami became the third-fastest Indian pacer to take 200 Test wickets in 55 Test matches after Kapil Dev and Javagal Srinath, who both reached the milestone in 50 and 54 Test matches respectively.

“Watching his success gives me a great high. His journey has been fantastic; in fact, all Indian pacers have developed into fine bowlers. Shami has got a terrific record and is one of the leaders of the pack. The best part about him is that he provides crucial breakthroughs at crucial times,” said Zaheer Khan while speaking to Hindustan Times.

“He is a game-changing bowler. I have always judged myself as well as other bowlers on the ability to prise out 2-3 important wickets in a spell that can potentially change the game. Shami has that ability. Not surprisingly, he is an important part of our world-class pace attack.”

On the other hand, Zaheer Khan added that it is not easy to adjust to Johannesburg height for a fast bowler but the pacers always enjoy bowling at Centurion as there is ample aid for them on the surface as the track becomes faster.

“When you are playing in Johannesburg, you have the challenge of adjusting to the altitude (1,753 m). That’s one challenge every bowler has to face. The high altitude tests your fitness. Apart from that, fast bowlers really enjoy bowling in SA because there is always something in their pitches for them right through the Test. I am sure our bowlers will relish the challenge,” Zaheer added.

India has a lead of 146 runs and they would aim to continue their domination on the fourth day’s play.