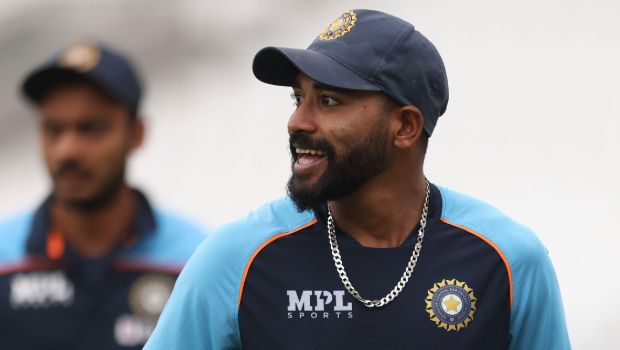 There is no doubt that Jasprit Bumrah and Mohammed Shami will be the team’s first-choice fast bowlers while there will be a race between Ishant Sharma, Umesh Yadav, and Mohammed Siraj for being the third pacer. Bumrah and Shami were rested for the two-match Test series against New Zealand.

Siraj has made an impressive start to his Test career as he has scalped 33 wickets in 10 Test matches at an average of 27.7. The fast bowler from Hyderabad has bowled with good intensity whenever he has been given the ball by Virat Kohli in Test cricket.

Siraj can get the ball to move both ways and he is mostly right on the money with his line and length. Thus, he is expected to be successful in South African conditions, which is conducive for seam bowling.

“Look, I feel Bumrah and Shami are the two automatic choices in India’s pace attack,” Nehra told Telegraph India. “Talking of the third pacer, Mohammed Siraj could be the guy. Ishant (Sharma) was injured and left out of the second Test versus New Zealand (in Mumbai), while Siraj did fairly well in that game. It also depends on the team management’s thought process and game plan, and who’s looking sharper at nets.

Nehra added that India has options to choose from in their pace battery as they can also pick Umesh Yadav, who has all the experience at the Test level.

“But the good thing is the number of options India have as far as their pace battery is concerned. They even have someone like Umesh (Yadav), who’s super-experienced now with the number of Test matches (51) he has played so far. So it’s a good situation the team finds itself to be in.”

Meanwhile, this will be Mohammed Siraj’s maiden tour of South Africa with the senior team and he will look to be at his absolute best. The first Test match between South Africa and India will be played at Centurion from December 26.