SA vs IND 2021: Rahul Dravid calls for quality practice and good intensity ahead of Test series 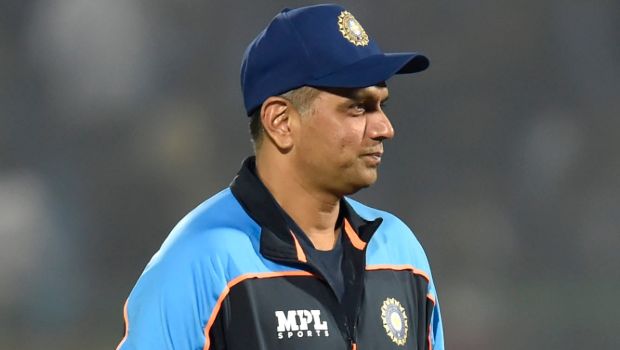 India’s head coach Rahul Dravid urged his players to have a quality practice and show good intensity ahead of the net sessions which the team had on Monday.

India is currently preparing for the three-match Test series against South Africa in Centurion. Team India hasn’t yet savored success in the South African conditions and they will have a good chance to create history for the first time.

Shreyas Iyer also featured in the video which is uploaded by the official Twitter handle of the BCCI. Iyer said that the pitch had green grass and there was good bounce on the track.

Meanwhile, Rahul Dravid will look to get the best out of his players and he is also seen having a chat with skipper Virat Kohli.

“The next three days are going to be extremely important in terms of our preparations and getting ourselves ready for the first Test,” he said in a video of the nets session posted by the Board of Control for Cricket in India (BCCI) on its official website.

“Today was a center wicket practice session. It was a fresh wicket with overcast conditions, pretty challenging for the batters. So extremely happy with the way they went about it today,” said batting coach Vikram Rathour.

On the other hand, India’s bowling coach Paras Mhambrey said that it is a challenge for the bowlers to hit the ground running in challenging conditions.

“You have to be prepared for such conditions. Yes, we thought it would be sunny when we walked out here. Overcast conditions are always challenging from the bowlers’ perspective as well to hit the right areas. You will get these kinds of conditions in a Test match and you should be able to exploit them,” said Mhambrey.