SA vs IND 2021: Ravichandran Ashwin should play but Ravindra Jadeja might – Aakash Chopra 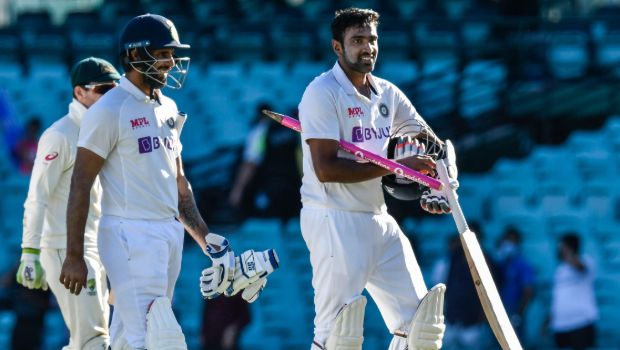 Former Indian opener Aakash Chopra reckons Ravichandran Ashwin should play in the upcoming Test series against South Africa. Ashwin has been in magnificent form as he scalped 14 wickets in the two-match Test series against New Zealand and also scored vital runs while batting down the order.

However, Ashwin didn’t play any of the four-Test matches against England as Ravindra Jadeja was preferred ahead of him. Jadeja has improved his batting credentials in the last couple of years and Chopra reckons India will want a cushion of extra runs from a batter who will bat at number seven.

Ashwin has been in good form with the ball and he scalped 12 wickets in three Test matches against Australia. However, he was surprisingly dropped from the series against England and didn’t get a chance in the playing XI.

It is well known that Jadeja can provide the runs while batting down the order but he is not as lethal with the ball as Ashwin could be in overseas conditions.

Aakash Chopra said while talking on his YouTube Channel, “It’s a toughy, it’s a very very tough one – who will they want to pick? One spinner – Ashwin should play but Jadeja might end up playing, just because of the balance, not because Jadeja can give you more wickets than Ashwin.”

“If you are going to go with five batters and Rishabh Pant at six, you will need a batter at No.7. Can Ashwin play at No.7 – he can but is it too high – maybe it is. Can Jaddu play – yes he can. Is it too high for him – maybe not.”

“So here Jadeja’s role becomes bigger. So you will play Jaddu, you will play Shardul and then three fast bowlers, who will be three proper fast bowlers – Siraj, Bumrah and Shami. Then you have got Shardul at eight and Jadeja at seven.”

Chopra added that Ravichandran Ashwin can get more wickets than Ravindra Jadeja as he has variations under his arsenal.

“If only one spinner plays – Jaddu, as much as I really want Ashwin to play because between him and Jaddu, I feel Ashwin will pick up more wickets – this is no slight on Jadeja’s performance but you feel that in wicket-taking ability Ashwin will bring more to the table. That’s what I feel.”