Home » Cricket » SA vs IND 2021: Shikhar Dhawan should be a starter in the ODI series – Aakash Chopra

SA vs IND 2021: Shikhar Dhawan should be a starter in the ODI series – Aakash Chopra 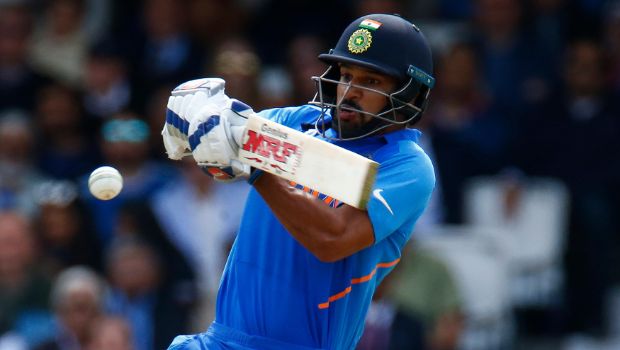 Former Indian opener Aakash Chopra believes that Shikhar Dhawan should be a starter in the upcoming three-match ODI series against South Africa.

Dhawan’s place in the team was under scrutiny after he could not get going in the Vijay Hazare Trophy while playing for Delhi.

Furthermore, the young players like Ruturaj Gaikwad and Venkatesh Iyer batted at the top of their game in the domestic tournament and they were picked in the ODI squad after their impressive performances. Thus, Dhawan could have been dropped from the ODI team.

However, Dhawan is now expected to open the innings with KL Rahul as Rohit Sharma has been ruled out due to a hamstring injury. Dhawan has all the experience under his belt and he would aim to make the most of it.

Meanwhile, KL Rahul has been named as the captain in Rohit’s absence while Jasprit Bumrah has been picked as the opener’s deputy.

Chopra said on his YouTube channel, “I was repeatedly saying that Shikhar Dhawan should be there. I am so glad that he is there. If Rohit Sharma, Rahul, and Shikhar Dhawan were there, then there would surely have been a fight on who would play where.”

“Now that he is in the team, in my opinion, he should be the starter. You will see Shikhar Dhawan opening alongside Rahul, that’s what I feel. Kohli plays at three, this is ODI cricket and not Tests, let’s remind ourselves.”

On the other hand, the renowned commentator heaped praise on Ruturaj Gaikwad. The right-hander finished as the leading run-getter of IPL 2021 as he bagged the Orange Cap. He amassed 635 runs in 16 matches and played an instrumental role in leading Chennai Super Kings to their fourth IPL title.

The flamboyant right-hander from Maharashtra continued his dream form in Vijay Hazare Trophy as he played at the top of his game. Gaikwad scored 603 runs in six matches at an average of 150.75 and a strike rate of 112.92 and finished as the leading run-getter of the tournament after scoring four centuries.

“Ruturaj Gaikwad – that’s another big story, the sort of performances he has dished out in the IPL and then in the Vijay Hazare Trophy, he is not taking the name of stopping. He has been absolutely sensational.”

“His name being there is a thumbs up. It was expected that his name will come but whether he will get a chance to play or not, I have no clue. It is slightly difficult, let’s be honest because KL Rahul, Shikhar Dhawan, Virat Kohli, Iyer, SKY, Pant – there is no place for Ishan Kishan as well. Venkatesh Iyer is also already there down the order,” he said.

The first ODI between South Africa and India will be played at Paarl on 19th January.