Home » Cricket » SA vs IND 2021: The batting was the difference between the two teams – Dean Elgar

SA vs IND 2021: The batting was the difference between the two teams – Dean Elgar 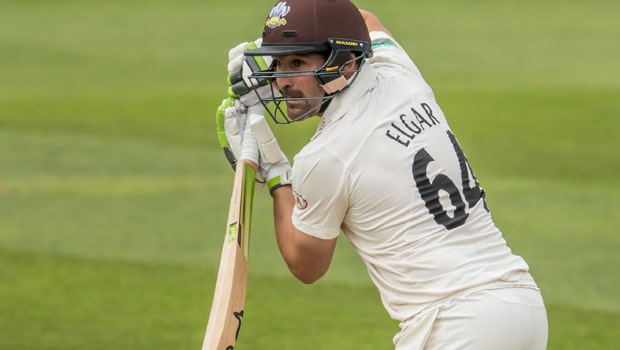 South African skipper Dean Elgar has admitted that the batting was the difference between the two sides after the hosts lost the opening Test match by 113 runs against India at SuperSport, Centurion on Thursday. Elgar feels the batting unit let the team down as they could only manage 197 runs in the first innings after India posted a par score of 327 runs and thus got a lead of 130 runs.

The Proteas scored 191 runs in the second essay and could not come up with a collective effort. Temba Bavuma scored a fifty in the first innings while Elgar scored a gutsy knock of 77 runs in the second dig. However, apart from these two innings, there weren’t a lot of positives in the batting department for South Africa.

Elgar also believes that his bowlers didn’t bowl the right length on the opening day of the Test match as India posted 272-3 after winning the toss. However, the home side was able to get back into the contest as Lungi Ngidi and Kagiso Rabada were able to turn the tables. South Africa picked seven wickets for 55 runs on the third day’s play as India collapsed like a pack of cards.

However, the hosts’ batting unit could not deliver the goods against a hostile bowling line-up of the Indian team.

On the other hand, Indian openers gave a perfect start to their team in the first innings as they added 117 runs for the team to set up a total of 327 runs. KL Rahul scored a magnificent hundred as he scored 123 runs in the first essay.

Dean Elgar said in the post-match presentation, “Obviously not a nice thing knowing we lost a Test here. Did a few things wrong. A lot of positives coming out that we can use in the next two. Always the nature here. Always going to be tough because the wicket’s playing slower (first morning). Indian openers did the fundamentals right. We didn’t quite execute the lengths well. After some good chats, our bowlers executed the lengths and restricted India to what we thought was a par score. New ball is something you have to get through playing here. Can’t emphasize enough on the hard work our bowlers put in to get 20 wickets”.

He added, “Our batters let us down. I’d say the batting was the difference between the two sides. We’ll have a little sit-down with myself and the management to strategize. Didn’t do a lot of wrong things. Not all doom and gloom for us. We thrive under the pressure which is a positive for us”.

South Africa will look to bounce back in the series and they will need to come up with a collective effort. The second Test match between India and South Africa will be played at the Wanderers, Johannesburg from January 3.