Home » Cricket » SA vs IND 2021: There are players in the squad who can push Cheteshwar Pujara out of the XI – Madan Lal

SA vs IND 2021: There are players in the squad who can push Cheteshwar Pujara out of the XI – Madan Lal 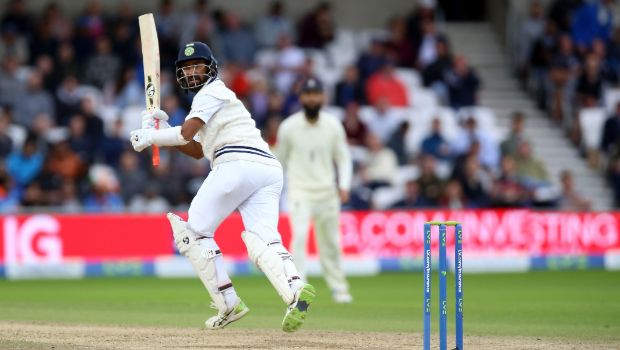 Former Indian all-rounder Madan Lal reckons there are players in the squad who can push Cheteshwar Pujara out of the XI. Lal believes Pujara is struggling and he will need to turn the tables to hold his place in the starting XI.

India’s number three was dismissed for a golden duck by Lungisani Ngidi in the first innings of the opening Test match against South Africa on Sunday.

Pujara hasn’t been in the best of forms in the recent past and pressure has been piling on him as he has failed to deliver the goods. Since January 2019, Pujara has amassed 1356 runs in 26 Test matches at a paltry average of 31.53, including his last Test hundred of 193 runs which came against Australia at Sydney.

Madan Lal reckons Pujara gets bogged down at one end and he hasn’t been able to get going. The right-hander from Saurashtra had scored 227 runs in four Test matches against England at an average of 32.43. Furthermore, Pujara could only score 95 runs in two Test matches against New Zealand in the recently concluded home series.

With players like Hanuma Vihari and Shreyas Iyer grabbing their chances at the Test level, the pressure is mounting on the likes of Cheteshwar Pujara and Ajinkya Rahane, who both have been inconsistent in the last two years.

“Pujara is struggling. There are no two ways about it. There are players in the squad who can push him out of the XI. At No. 3, even the captain needs a player who can hold the innings and get some runs at the same time. At times, Pujara gets stuck way too much. So clearly, he is struggling,” Lal said on India Today.

On the other hand, Ajinkya Rahane is also under pressure as he hasn’t got the big runs for the team. Rahane was included in the team’s playing XI against South Africa because of his experience and he was on unbeaten 40 after the opening day’s play at Centurion. Thus, Rahane will look to get a big score to cement his place in the team.

“Ajinkya Rahane should get runs because the Indian team needs a batter like him in the middle order. He is technically sound. And when he scores runs, he will have that confidence. Going forward, if some player goes out of form, you need a player who gives you that solidity in the middle order,” added Lal.

India was 272-3 after the second day’s play was called off due to persistent rain.