SA vs IND 2021: Virat Kohli has been a fantastic captain and leader, says Rahul Dravid 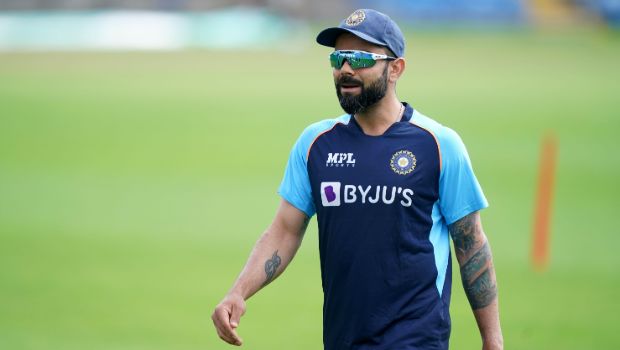 India’s head coach Rahul Dravid has heaped praise on Virat Kohli for being a fantastic and leader for the team in the last few years.

Kohli has led from the front, especially in Test cricket and he has played a key role in taking Indian cricket to new heights.

Kohli has an impeccable record as a Test skipper as the team has won 39 matches out of 67 Test matches the talisman has led. Team India has lost 16 matches while 11 have ended in draws and thus Kohli has a winning percentage of 58.2. Furthermore, India has drastically improved their performance in overseas conditions under the leadership of Virat Kohli.

India has won twice in Australia and they had also taken a 2-1 lead in England. Thus, they have proven their mettle in tough foreign conditions.

“From a Test team’s perspective, there are series to win. This is our first real challenge away from home. In the larger scheme of things it counts for WTC points, that is something you have to keep in your mind in the long term.

“We want to keep improving and Virat has played a huge role in that. He has been fantastic as a captain and leader. He is one of those people who loves test cricket,” Dravid said in a virtual presser on the eve of the first Test.

Dravid added that the Test series against South Africa will give an opportunity to the players to prove themselves in the tough conditions. India didn’t play any warm-up match before the Test series but they were able to get center-pitched practice.

“It is a great challenge and a great opportunity for everyone. It is something you look forward to as a batsman, the chance to play away from home and test yourself against some really good opposition in their home conditions,” Dravid added.

Meanwhile, Kohli has been under the pump in the recent past and he would look to deliver the goods in South Africa both as a leader as well as a batter.