Home » Cricket » SA vs IND 2021: Virat Kohli knows his position could be up for grabs if he doesn’t score runs in South Africa, says Monty Panesar

SA vs IND 2021: Virat Kohli knows his position could be up for grabs if he doesn’t score runs in South Africa, says Monty Panesar 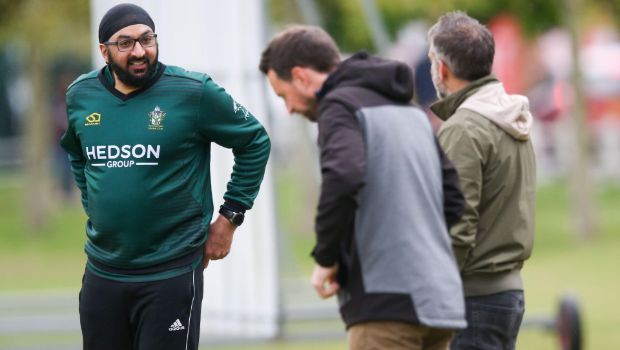 Former England spinner Monty Panesar has opined that Virat Kohli will be under pressure to perform at his best in the three-match Test series against South Africa.

Kohli hasn’t been at his absolute best in the recent past and he would want to deliver the goods both as a leader as well as a batter against the Proteas.

Furthermore, Kohli was involved in a recent controversy with the BCCI regarding his ODI captaincy sacking. Thus, he would be determined to prove the critics wrong in tough conditions.

Meanwhile, Kohli was the leading run-getter in the previous Test series against South Africa as he had scored 286 runs in three Test matches at an impressive average of 47.67 in the 2017-18 tour. In fact, Kohli was the solitary batter who could score a century in the Test series. Ergo, he will look to replicate the same success in the South African conditions.

In fact, Kohli had last scored a Test century back in 2019 and he would look to turn the tide against the Rainbow nation.

“I think he will be very motivated because he knows that if he does not score a lot of runs in Test cricket then that position could be up for grabs as well.

“So, he is under pressure to perform but he needs to do well and actually get some wins and even India are winning and he does not score the runs that still is a positive for Virat Kohli because he knows how to get the best out of an individual,” Panesar said to ANI.

On the other hand, Panesar reckons India has a golden opportunity to win their maiden Test series in South Africa. India has improved their overseas performances and they would aim to create history in the challenging conditions.

“I think India has got a great chance. They seem like a favorite to win that series. They know how to win now away from India and that is to do with Ravi Shastri’s coaching philosophy.

“So, I think it is still there within this Indian team and this will be historic for Indian cricket for them to win their first series in South Africa and this is their best chance.

They have got a stronger team. Their team is much stronger than the South Africans. I think India are firm favorites to win the series,” Panesar said.