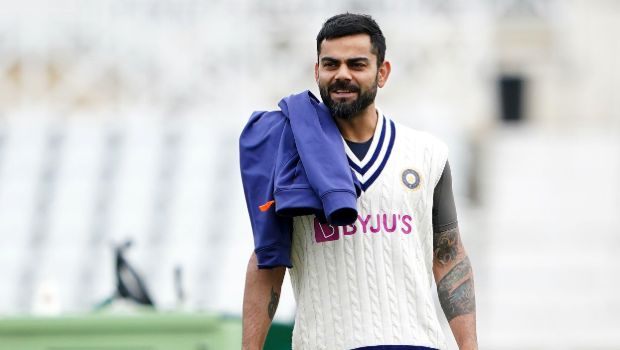 It has been reported that India’s talisman batter Virat Kohli is set to opt-out of the three-match ODI series against South Africa due to personal reasons.

The ODI series will be played from January 19 to 23 and it has been reported that Kohli has informed the Indian board that he wants to celebrate his daughter Vamika’s first birthday with his family.

In fact, Kohli had stated that he wants to continue as the Test as well as ODI captain and decided to quit the T20 captaincy to manage his workload. Thus, it is also anticipated that Kohli could be upset after he was removed as an ODI skipper.

Kohli’s childhood coach Rajkumar Sharma stated that the selectors should have given some more time to the talisman.

“I haven’t talked to him (Virat Kohli) yet. His phone is switched off for some reason. But as far as my opinion is concerned, he had specifically stepped down from T20 captaincy and the selectors should’ve straightaway asked him to step down from both the white-ball formats or not step down at all,” Rajkumar Sharma said on Khelneeti podcast.

Meanwhile, Rohit Sharma has been ruled out of the Test series due to a hamstring injury and thus it will be interesting to note who will be Kohli’s deputy in the Test leg of the South African tour. With Kohli unlikely to be available for the ODI series, India’s white-ball captain and Test skipper won’t play together in the upcoming South Africa tour.