SA vs IND 2021: Virat Kohli will feel he missed an opportunity – Wasim Jaffer 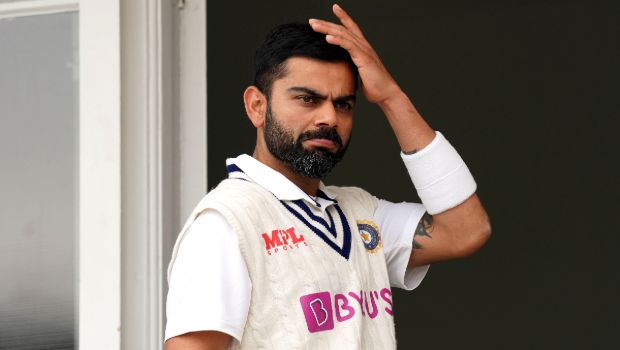 Former Indian opener Wasim Jaffer has opined that Virat Kohli will feel he missed an opportunity to score big against South Africa in the first innings of the opening Test match at SuperSport, Centurion on Sunday.

Kohli was able to get settled and he was looking confident at the crease. The talisman was looking all set for a big score but he was dismissed when he tried to meddle with a wide delivery from Lungi Ngidi.

Kohli could only score 35 runs and he would have been hugely disappointed with the way he was dismissed as he played a poor shot after getting settled. In fact, Kohli had scored his last International hundred back in 2019 against Bangladesh and there was a good opportunity for him to end his century drought.

While reviewing Kohli’s innings on Day 1 of the Centurion Test, Jaffer said on ESPN Cricinfo: “Kohli was playing beautifully. But that has been the case with Virat for such a long time. He bats beautifully till he gets out and that is something that is disappointing. That happens to great players. There comes a time when they go through a bad patch. But it doesn’t look like a bad patch because he bats so beautifully till he gets out. He will feel like he missed an opportunity.”

On the other hand, former South African batter Daryll Cullinan added that mental aspect plays a key role and Kohli will need to turn the tide.

He said, “Bit of anxiety plays a role. Are you hungry enough? Are you in that mindset? He looked a bit apprehensive. He wasn’t the Virat that I have seen in the past. At the start of his innings, he is busy. It is almost like he sets his stall there. He wasn’t in that sort of mode. There must be internal battles. Only he will know what it takes to get back into run-scoring mode. But the question is whether the desire is still strong enough.”

Meanwhile, India was able to put their noses in front as they ended the opening day at 272-3 after KL Rahul scored an unbeaten knock of 122 runs. Furthermore, Mayank Agarwal scored a fine knock of 60 runs while Ajinkya Rahane remained undefeated on 40 runs. Jaffer added that nervousness from South African bowlers helped India as the visitors were able to grab their chances to score.

“The lengths that South African bowlers bowled, that must have helped. Marco Jansen bowled full tosses at the start of his first over, Ngidi didn’t look fast enough, and (Kagiso) Rabada also hardly bowled any ball which was 140-plus. Any opener getting those kinds of deliveries at the start of the innings, gives you the perfect start. The nervousness from South African bowlers must have helped India.”

India would look to continue their domination on the second day’s play while South Africa will have their work cut out.