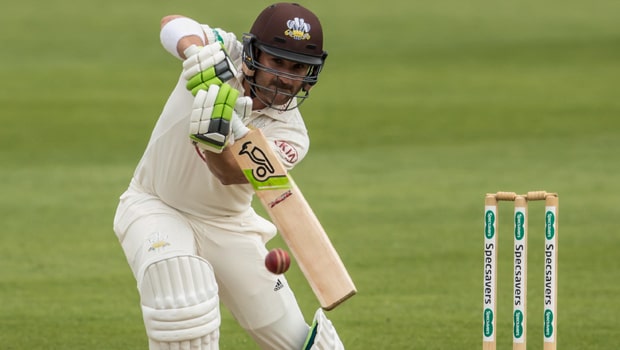 South Africa batting consultant Justin Sammons has heaped praise on the team’s captain Dean Elgar. Sammons reckons the competitive nature of Test cricket brings the best out of Elgar. The South African skipper scored a gutsy knock of unbeaten 46 runs on Wednesday in the second innings of the ongoing second Test match against India at the Wanderers, Johannesburg.

Elgar showed all the patience as he faced 121 balls to score his runs. The left-hander also took blows on his body and he was also hit on the neck by Jasprit Bumrah. However, Elgar, who is known for his competitiveness, didn’t throw in the towel.

South Africa ended the day’s three play at 118-2 and they need another 122 runs to win with eight wickets in hand. Thus, the Proteas are in a dominating position and a lot of credit goes to Dean Elgar for fighting it out in the middle as he is leading from the front.

Addressing the press at the end of Day 3, Sammons said: “He’s a competitor. The thing he loves about the game is the competitiveness. The competitive nature of Test cricket brings the best out of him.

Sammons reckons that team believes they can chase down the total of 240 runs. A lot will depend on how Rassie van der Dussen and Dean Elgar start the penultimate day as it is not the easiest of pitches. On the other hand, India will look to get early wickets to put the pressure back on the opposition.

“The message for the guys coming in would be to see how the morning plays out and we just have to be adaptive,” Sammons said.

“We need to get through the first hour and play according to the situation. It’s been an interesting wicket, not the easiest deck to bat on. It goes without saying, the task is not going to be easy.

“The Indian attack has been relentless. But we believe, we can chase it down. The way we batted this afternoon, it’s a case of a point there,” he concluded.

Elgar has been solid in his defense and he would look to continue the same on day four.