Home » Cricket » SA vs IND 2022: Credit to our bowlers, the effort they put in was very impressive – Dean Elgar

SA vs IND 2022: Credit to our bowlers, the effort they put in was very impressive – Dean Elgar 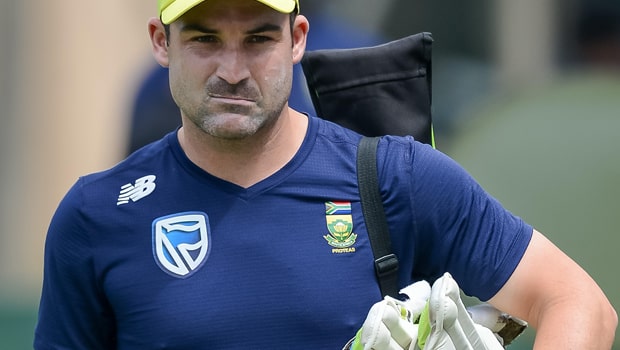 South African captain Dean Elgar gave credit to his bowlers after they won the second Test match against India at the Wanderers, Johannesburg by seven wickets to level the three-match series 1-1. This was South Africa’s first win against India at this venue as they were able to bounce back stronger after Elgar played a gutsy knock of 96 runs to help his team chase down 240 runs.

Elgar added that the effort which his bowlers put in was very impressive. South Africa was able to skittle out India for 202 runs in the first innings after Marco Jansen scalped four wickets while Kagiso Rabada and Duanne Olivier snared three wickets each.

On the other hand, Cheteshwar Pujara and Ajinkya Rahane were going strong in the second innings however Kagiso Rabada was able to get his team back in the contest as he dismissed the pair and also accounted for Rishabh Pant before the Lunch break on the third day’s play.

Thus, South Africa was able to come up with a collective bowling effort throughout the match. Meanwhile, Elgar also played a crucial knock in the second innings as he showed all the patience and bravery to get his team over the line. The southpaw took a lot of body blows from the Indian fast bowlers in the second innings but didn’t throw in the towel.

Dean Elgar said in the post-match press conference, “I don’t know what’s the right or wrong way in winning a cricket match, but it’s all about doing the basics right. We ticked a lot of boxes right to make it 1-1. We now go to Cape Town with plenty of confidence – it wasn’t easy, the batters were determined. but credit to our bowlers, the effort they put in was very impressive. I am yet to see the bruises (the blows he received), but it’s a big motivation to go and play for your country. Whatever I’m going through, it’s important to see the bigger picture and the bigger picture is to win games for your country. When you perform like this over the period of four days, it does make you forget the pain in doing so. A lot of test for our batters, we have struggled to find the right batting line-up, find the people for the right roles, entrust the people into their roles and to bat in such a way in not so easy conditions pleases you a lot”.

On the other hand, Elgar heaped praise on Rassie van der Dussen for scoring a crucial knock of 40 runs in the second essay. Elgar and van der Dussen added 82 runs for the third wicket alliance to get their team close to the target. Furthermore, the South African skipper also showered praise on Kagiso Rabada, who took a total of six wickets in the match.

Elgar added, “The way he batted (Rassie van der Dussen), he will go a long way in his career, the way he batted (during his knock of 40) will set him up in the future. Sometimes KG needs something to happen around, the catch that RvVD took, it got him into the mindset, he wants to be fired up all the times, he wants to bowl well and as a captain, it’s nice to get him running around. It wasn’t easy, but the bowlers did the job for me. Not exactly sure what will happen in CT, played a domestic game there, interesting to see what kind of a surface they’ll give us. 1-1, South Africa v India, going into the final Test all square, we couldn’t have written a better script”.