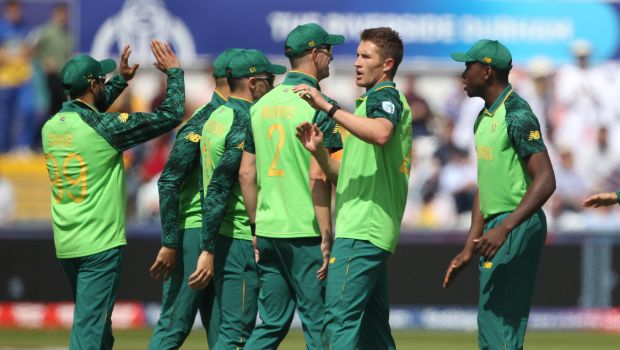 Petersen feels that the batter has to focus on his mark otherwise the Indian bowlers can expose the batsman. India’s fast bowlers have been right on the money and there is no doubt that they are currently the best in the world.

Jasprit Bumrah scalped his seventh five-wicket haul as he returned with figures of 5-42. Furthermore, Mohammed Shami and Umesh Yadav bagged a brace each while Shardul Thakur took one wicket.

Petersen was the pick of the South African batters on the second day as the right-hander continued to impress in his young Test career. The 28-year old scored 72 runs and played a key role in helping his team post 210 runs on the board. The right-hander was dismissed by Jasprit Bumrah as the fast bowler was able to induce the outside edge.

“Extremely challenging, it’s the most challenge I’ve had in my career [facing India’s bowling attack]. You need to focus on your mark or they will expose you. They test you in terms of scoring, there are not many opportunities so when one does come, you have to pounce on it. They don’t give us much, which is why they’re arguably the best bowling attack in the world,” Petersen said in the post-day press conference.

On the other hand, Petersen scored his second Test fifty and he has definitely shown the skills to go a long way in his career. The right-hander was able to stand tall against a potent Indian bowling line-up and he wants to make the number three position his own in Proteas batting line-up.

“I like batting in at number three, I’ve batted there for most of my career. In terms of losing early wickets, we have two high-quality opening batters, they’re just going through a rough time. Dean has come through and Aiden is going through a bit of a patch, but he is a quality player, we all know that he will come through good eventually. I’m not fussed, I’ll happy to be in the mix and if I can make number three mine, I’ll be happy.”

Petersen has a calm head on his shoulder and looks composed at the crease, which are good signs for South Africa. The right-hander will look to continue the good show in the second innings.

India currently leads by 70 runs and the visitors have a total of eight wickets in hand.