Home » Cricket » SA vs IND 2022: He has wasted a chance – Ajit Agarkar on Mayank Agarwal

SA vs IND 2022: He has wasted a chance – Ajit Agarkar on Mayank Agarwal 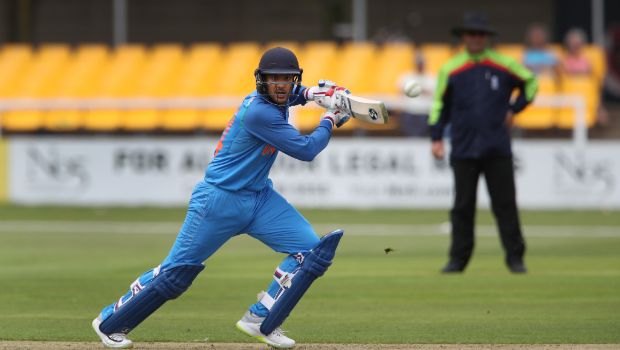 Former Indian fast bowler Ajit Agarkar reckons Mayank Agarwal has missed his chance to grab his opportunity with both hands.

With Rohit Sharma and Shubman Gill not playing in the ongoing series against South Africa due to respective injuries, it was a golden opportunity for Mayank Agarwal to prove his mettle.

Agarwal got off to a good start in the series as he scored 60 runs in the first innings of the opening Test match at Centurion and added 117 runs with his opening partner KL Rahul. However, since then Agarwal has got off to starts in the last five Test innings but he has failed to convert them into substantial scores.

Ajit Agarkar said on Star Sports, “He has wasted a chance because he started the series well. It is not easy when Rabada is in such good rhythm, the way he was bowling, but he [Mayank] has technical faults. He gets out in the same way and he will get more exposed, especially, in overseas conditions.”

Agarwal was once again dismissed after he could only score seven runs in the second innings of the third Test match at Newlands, Cape Town as he received a peach of a delivery from Kagiso Rabada. Agarkar feels Mayank couldn’t have done much with this kind of ball.

“He could have done very little with this ball because it was close to the off-stump on a good length, moved away slightly after pitching and bounced as well. Mayank Agarwal has not played much in overseas conditions as well because he is the third or fourth opener.”

In fact, Agarwal has been able to register a solitary 50+ score in his last 14 away Test innings. On the other hand, former Indian opener Gautam Gambhir added that KL Rahul and Mayank Agarwal would have been disappointed as the duo could not give a good start to their team.

“KL Rahul and Mayank Agarwal will definitely be disappointed. The way Agarwal got out, there was a close call earlier also when the ball hit the pad. He got out similarly in the first innings as well. So somewhere or the other, this is a technical fault. He does not have a solid base.”

Gambhir added Rahul could not transfer his weight and played from the crease, which led to his dismissal in the second innings.

“KL Rahul will be extremely disappointed because it was not a wicket-taking ball. He couldn’t transfer his body weight and just played from the crease. If you don’t transfer the bodyweight in places like South Africa and you nick, there is very little chance that the ball will not carry.”

India is ahead by 70 runs and has eight wickets in hand.