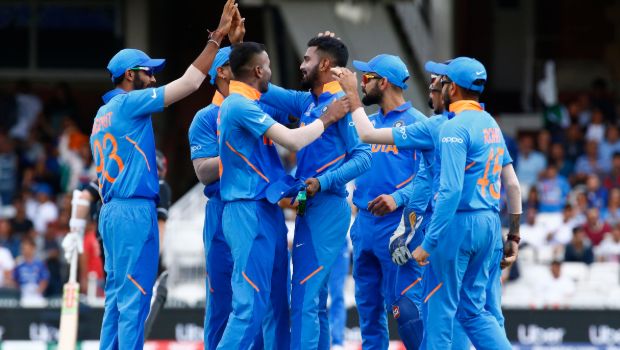 India’s former spinner Harbhajan Singh thinks the current South African team doesn’t have the ability to beat India in the third Test and win the series by 2-1.

The former veteran has backed the visitors to win the third Test match against the Proteas. The Turbanator reckons the Cape Town pitch will suit the tourists and the spinners will also find some assistance on the track.

India had won the opening Test match at Centurion by 113 runs while South Africa bounced back stronger in the second Test match as they won by seven wickets after Dean Elgar played a gritty knock of 96 runs to help his team chase down 240 runs in the second innings.

Harbhajan Singh said on his YouTube Channel, “I don’t think this South African team has the ability to beat India 2-1 there. I feel the conditions in Cape Town will also suit India, the spinners will also come into the game. I hope Team India will rock there.”

The former off-spinner wants Rishabh Pant to contribute more with the bat. Pant played a rash shot in the second innings of the second Test match however Bhajji is optimistic that the left-hander can score more if he gives himself more time at the crease.

“I would want runs to come from Rishabh Pant’s bat. It seemed he was in a hurry while batting. I feel he can contribute more if he gives himself a little more time. We all know that he is an attacking player but you need to first tire the bowler and then attack him.”

Harbhajan added that he thought India had the second Test in their grasp but gave credit to South Africa for making a solid comeback. Dean Elgar was the star of the show as he took a lot of blows on his body but didn’t throw in the towel.

“I was feeling the match was in India’s grasp, that they could win. But hats off to South Africa. They did not have an experienced batting lineup but the way they batted while chasing in the second innings is commendable.”

“Their opener Elgar played an excellent knock. It was necessary for him to play till the end. If he had gotten dismissed, the result would probably have gone in India’s favor.”