Home » Cricket » SA vs IND 2022: I hope Ajinkya Rahane is given another chance in Cape Town – Harbhajan Singh

SA vs IND 2022: I hope Ajinkya Rahane is given another chance in Cape Town – Harbhajan Singh 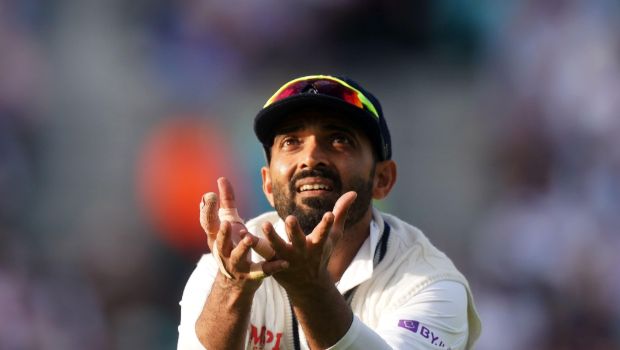 Former Indian veteran spinner Harbhajan Singh is hopeful that Ajinkya Rahane is given another chance in the third Test match against South Africa.

Rahane has been under the scanner for his place as he hasn’t been in the best of forms in the last two years.

Rahane’s Test average has dropped down below 40 as he hasn’t been consistent. In fact, a lot of cricket experts thought that Rahane shouldn’t have received his opportunity in the first Test match against South Africa.

Harbhajan Singh said on his YouTube Channel, “The good thing that happened in the Johannesburg Test was that runs came from Ajinkya Rahane’s bat in the second innings. I hope Ajinkya Rahane is given another chance in Cape Town. It should not happen that Virat Kohli comes in and Ajinkya Rahane is made to sit out.”

The Turbanator added that Rahane should try to convert his fifties into hundreds and grab his opportunity with both hands. Rahane had scored his last Test century back in the Melbourne Test match against Australia in 2020. The right-hander has got off to some starts in the recent past but he has failed to get a big score.

“I will want Rahane to score runs, to convert the fifty to a hundred, so that his confidence will be better for the upcoming series. The sword is hanging over the necks of Ajinkya Rahane and Pujara. So, it felt good that both of them scored runs and batted with responsibility.”

On the other hand, India’s veteran batter Cheteshwar Pujara is also under the pump after a string of low scores. Pujara also scored a fine knock of 53 runs in the second innings and had added 111 runs with Rahane. Thus, both of these players are expected to keep their place in the team.

Bhajji added, “Both of them are formidable players, it does not need to be mentioned. They have been in the Indian team for a long time and have secured a permanent place for themselves although Ajinkya did not have a good last season, he didn’t score the big runs.”

“I hope those fifties would have been converted to centuries but it’s good to see that both of them are gaining their confidence. I know there is a lot of pressure when a player is not in form but I think you guys have done a commendable job.”