Home » Cricket » SA vs IND 2022: India will be on top of their game, great opportunity to win Test series in SA, says Harbhajan Singh

SA vs IND 2022: India will be on top of their game, great opportunity to win Test series in SA, says Harbhajan Singh 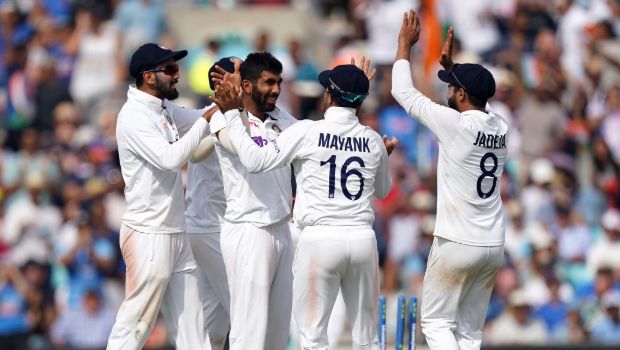 Former Indian veteran spinner Harbhajan Singh is optimistic that India will be on top of their game and it will be a great opportunity for the Virat Kohli-led team to win the Test series in South Africa.

The series is nicely poised at 1-1 after India won the first Test match by 113 runs while South Africa bounced back stronger to win the second Test by seven wickets.

Meanwhile, India has never won a Test series on South African soil and Virat Kohli’s men have a great opportunity to create history. There is no doubt that India missed the services of Virat Kohli in the second Test match and they will look to make a solid comeback in the series.

India has been consistent while playing in overseas conditions in the recent past and a lot of credit goes to their potent bowling unit, which is mostly right on the money. Harbhajan also heaped praise on India’s bowling attack.

“When we toured or any other team toured we never had the luxury of four fast bowlers to bowl at 145 on those pitches and now Team India is full of fast bowlers. They have quality fast bowlers Mohammed Shami, Jasprit Bumrah, Mohammed Siraj, and Shardul Thakur. They are top-class bowlers.

“Had India had those sort of bowlers been there earlier then India would have achieved this feat much earlier than now. So, yes it is a great opportunity for India to win the series in South Africa and I hope they do so and in the last game, South Africa played better.

“They went on to win the game. I think overall Team India in Cape Town will be on top of their game and they will win the series there and that is what I feel,” Harbhajan told the ANI.

On the other hand, it is well known that the previous South African team had a formidable side and they were always a force to reckon with. However, the current team is in the rebuilding phase as there is a lot of inexperience. Thus, the Turbanator feels the tourists have a perfect opportunity to beat the Proteas.

The third and final Test match will be played at Cape Town from January 11.