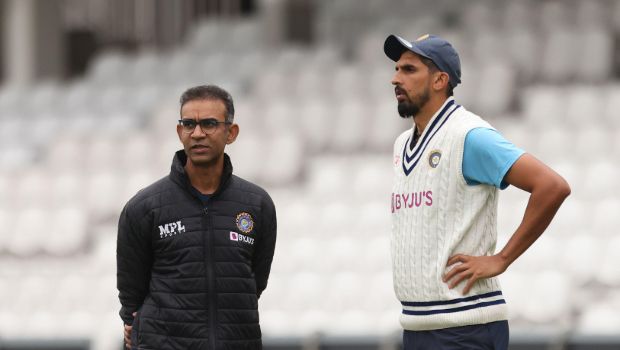 Ishant has all the experience under his belt and he has been bowling at the top of his game in the last three years.

Deep Dasgupta added that Ishant Sharma can bowl long spells for Virat Kohli, which will be the key in Cape Town.

“Firstly, with that height, he would hit tougher lengths and secondly because of his ability to keep the batters quiet for long periods of time which unfortunately didn’t happen on a bowler-friendly track at the Wanderers,” Dasgupta told PTI.

“Ishant can bowl a good eight to 10 over spell and if we see the trend, a first innings score of 275 is the new 350 in Test matches in these conditions. “Also Ishant bowls that fourth stump line where the ball can straighten or cut back enough to make the batters play. But yes, the team management will check out their practice form too,” he added.

But, Ishant Sharma doesn’t have a great record while playing in South Africa as he scalped 20 wickets in seven Test matches at an average of 40. However, Ishant will look to make the most of his experience if he gets his chance in the final XI.

Meanwhile, India will be looking to make a comeback in the series after losing the second Test match by seven wickets. Team India’s full-time captain Virat Kohli is expected to make a comeback and he may replace Hanuma Vihari in the playing XI.

Kohli will look to take India to their first-ever series win in South Africa but the home side must have grown in confidence after winning the second Test. The third Test match between South Africa and India will be played at Cape Town from January 11.