Home » Cricket » SA vs IND 2022: It will be difficult for Ishant Sharma to find a place in the team – Wasim Jaffer

SA vs IND 2022: It will be difficult for Ishant Sharma to find a place in the team – Wasim Jaffer 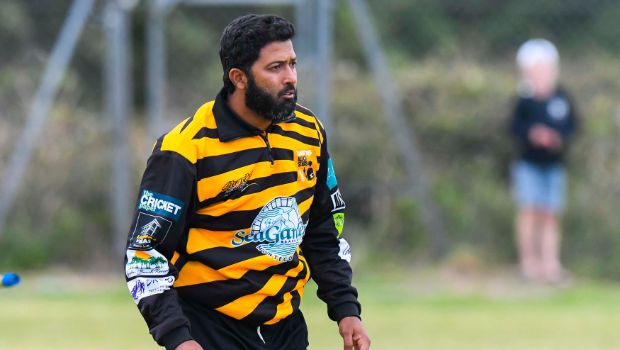 Former Indian opener Wasim Jaffer reckons it will be difficult for Ishant Sharma to find a place in the Test team.

Jaffer believes as Jasprit Bumrah and Mohammad Shami are India’s first-choice seamers and with the likes of Mohammed Siraj and Shardul Thakur coming up the ranks, there is no doubt that Ishant Sharma has gone down in the pecking order.

Furthermore, Umesh Yadav is also waiting in the wings for his opportunity. Ishant has all the experience under his belt as he has played more than 100 Test matches but the former domestic giant added that Ishant will most likely take a call on his career after the ongoing South Africa series.

Speaking on the Inside Cricket show, Jaffer said: “I think so [he has played his last Test for India]. If Bumrah, Shami, and Siraj are fit, they are the first three seamers. Then you have Shardul and Umesh. Shardul is an all-rounder now so that makes him choose ahead [of other bowlers]. So, definitely, for Ishant, it will be difficult.”

“Obviously, when you are on long tours, the top seamers will be rested or the line-up will be rotated, and probably then a place for Ishant will open up. In that case, he will play a few games.”

Ishant has shown an upward swing in his improvement graph in the last three years and he is a different bowler altogether. However, the veteran fast bowler hasn’t received a lot of chances in the recent past as the team management has put their weight behind Mohammed Siraj and Shardul Thakur in the overseas Test matches.

Jaffer said: “But I feel for somebody like Ishant Sharma, who has played over 100 Tests and taken over 300 wickets, I don’t think that is right. So, somewhere I feel he will take a call after the South Africa series. I am sure, he must be thinking about this too.”

Meanwhile, the lanky fast bowler had picked 14 wickets in eight Test matches in 2021. Furthermore, he went wicketless in his last two Test matches against New Zealand and England.

As Mohammed Siraj is doubtful for the third Test match due to a hamstring injury, either Ishant Sharma or Umesh Yadav could get a place in the final XI of the team. The final Test match will be played at Cape Town from January 11.