Home » Cricket » SA vs IND 2022: It’s a delight to watch when Jasprit Bumrah is bowling at full tilt – Aakash Chopra 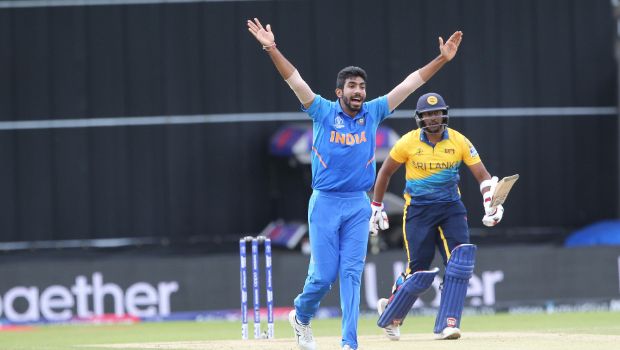 Former Indian opener Aakash Chopra has heaped praise on gun fast bowler Jasprit Bumrah after the pacer returned with impressive figures 5-42 on the second day of the third Test match against South Africa at Newlands, Cape Town on Wednesday.

Chopra stated that it is a delight to watch when Bumrah is bowling at full tilt.

Bumrah was right on the money and breathed down the neck of the South African batters with the incoming delivery. In fact, Bumrah was averaging below 20 in his first 14 Test matches but he is averaging more than 28 in his last 12 Test matches and thus Bumrah’s numbers have gone down since his injury. Furthermore, he could only take a solitary wicket in the second Test match at the Wanderers, Johannesburg.

However, the ace paceman showed why he is such a world-class bowler as he took his seventh five-wicket haul and played a key role in skittling out the Proteas at 210 runs.

Aakash Chopra said on his YouTube Channel, “You need to put in a lot of effort to take a five-wicket haul. This five-wicket haul showed that Jassi jaisa koi nahin hai. When he is in his rhythm, I mean when he bowling at his full tilt, it’s a delight to watch.”

“Jasprit Bumrah was looking a little off-color in this entire series. There was even an article that there has been a fall in his effectiveness since his injury. The standards are still very high, it is not that he has become half a bowler but the numbers were becoming slightly ordinary as per the standards he had set.”

The reputed commentator added that Bumrah struck vital blows as he was brilliant throughout the innings. Bumrah accounted for Dean Elgar, Aiden Markram, Keegan Petersen, Marco Jansen and Lungi Ngidi.

“He had already taken a wicket, he had dismissed Dean Elgar. Aiden Markram left a delivery right at the start and Bumrah showed that he owns the place. He kept on picking wickets regularly, he took important wickets, he eventually dismissed the well-set Keegan Petersen.”

The 44-year added that Bumrah was his player of the day as his spell got India back in the contest.

“This series has gone in the fast bowlers’ names – whether it is Rabada, Shami, Shardul Thakur, Ngidi, Marco Jansen or Boom Boom. It’s been absolutely sensational. So my player of the match for the second day’s play has to be Boom Boom Bumrah.”

India is currently leading by 70 runs in the second innings with eight wickets in the bank.