Home » Cricket » SA vs IND 2022: Mohammed Shami is one of the best bowlers in red-ball cricket – Gautam Gambhir 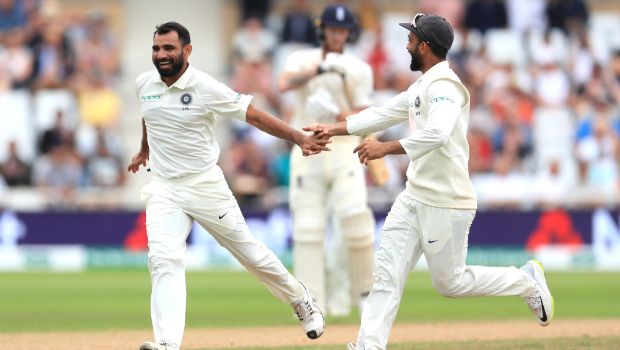 Former Indian opener Gautam Gambhir has showered praise on India’s ace paceman Mohammed Shami and has rated him as one of the best bowlers in red-ball cricket.

Gambhir stated no top-order batter would want to face a bowler like Mohammed Shami as he is relentless in his approach and he is always threatening to take a wicket.

Shami has been the pick of the Indian bowlers in the last few years and has played a key role in the success of the team in the Test format. The gun fast bowler has scalped 13 wickets in five innings of the ongoing Test series against South Africa at an impressive average of 19.46.

The 31-year old veteran seamer was once again at his lethal best as he scalped two wickets in the same over to get India back in the contest at Newlands, Cape Town on Wednesday. Shami dismissed Temba Bavuma as he induced the right-hander’s outside edge and then accounted for Proteas gloveman Kyle Verreynne for a duck. Thus, Shami provided two crucial wickets before the Tea break on the second day and played a key role for the tourists.

Shami is well known to ask the right questions as he bowls close to the stumps and has one of the best seam positions in the world.

“More than the fear, he was threatening throughout the day, in this innings, and probably throughout the series. The kind of lengths which he bowled, kept testing the batter. Ask any top batsman. No one would want to face him. He bowls so close to the stumps that he is always in or around off-stump. And from there on, he gets the movement and from there on he gets the edges,” Gambhir said on the Byju’s Cricket Live Show on Star Sports.

“I think Mohammed Shami or Jasprit Bumrah will keep challenging any batter. Moreover, Mohammed Shami is relentless and he’s very threatening. He is probably one of the best bowlers going around in red-ball cricket,” Gambhir added.

Shami has been right on the money in the ongoing series and he is going to play a crucial role in the second innings, which has always been his strength in his Test career.

India has a lead of 70 runs and they have eight wickets in hand as two of their most experienced batters – Virat Kohli and Cheteshwar Pujara – are at the crease.