Home » Cricket » SA vs IND 2022: Not entirely shocking that they were all out for 202 – Sanjay Manjrekar

SA vs IND 2022: Not entirely shocking that they were all out for 202 – Sanjay Manjrekar 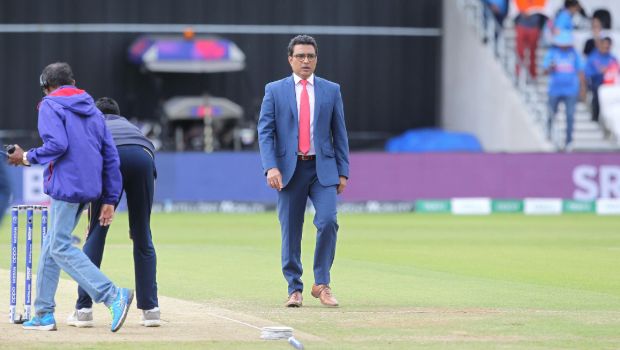 Former Indian batter Sanjay Manjrekar reckons it is not entirely shocking that Team India has been skittled out for a paltry score of 202 runs in the first innings of the second Test match against South Africa at the Wanderers, Johannesburg.

India’s stand-in captain KL Rahul decided to bat first on a tricky pitch but once again the middle-order could not deliver the goods.

India was without the services of their full-time captain Virat Kohli, who was ruled out due to upper back spasm and his absence was clearly felt by the team. KL Rahul, who was leading India for the first time in Test matches, scored a gritty knock of 50 runs off 133 runs but he was dismissed when he tried to play a pull shot against Marco Jansen.

Ravichandran Ashwin scored a counter-attacking knock of 46 runs to help India get past the 200-run mark but the rest of the batters could not deliver the goods. It isn’t the easiest of pitches as there is extra bounce but there were some loose shots from the Indian batters especially from Ajinkya Rahane and Shardul Thakur.

Apart from KL Rahul, no top and middle-order batter was able to show resistance on a difficult pitch and the South African fast bowlers were able to get on top.

Manjrekar said on ESPN Cricinfo, “India considerably weakened with the absence of Kohli and the fact that few of their batters have been out of form. It was not entirely shocking to that they were all out for 202 considering that this pitch is strange. India don’t have much more on board but they’ll fancy their chances considering the batting of South Africa and kind of spice that we have on the surface.”

On the other hand, Cheteshwar Pujara and Ajinkya Rahane continued their dismal form as both of them were dismissed cheaply. Pujara and Rahane were dismissed on short deliveries and they have been in poor form in the last two years.

“The dismissals of Pujara and Rahane – both, you could see the reaction – were surprised with the extra bounce. But I don’t think that a lot of the Indian batters are making their lives easier with the way they play the short of length deliveries. Both those balls to Rahane and Pujara were short of length – typical South African hit the deck kind of length,” Manjrekar added.