Home » Cricket » SA vs IND 2022: Shardul Thakur is doing what we were expecting from Hardik Pandya – Aakash Chopra

SA vs IND 2022: Shardul Thakur is doing what we were expecting from Hardik Pandya – Aakash Chopra 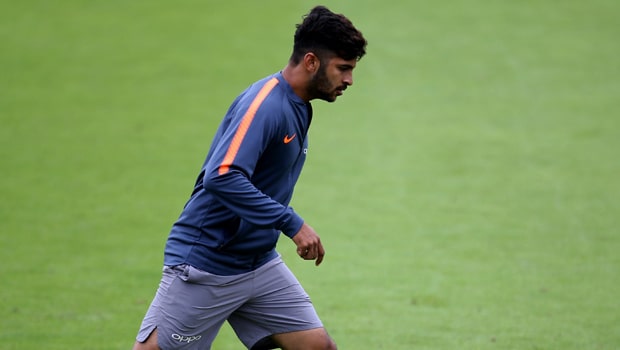 Former Indian opener Aakash Chopra has opined that Shardul Thakur is doing what we were expecting from Hardik Pandya. Thakur has been magnificent for the Indian team in the recent past and he bowled a fine spell of 7-61 in the first innings of the second Test match at the Wanderers, Johannesburg.

Thakur’s figures of 7-61 are the best of any Indian bowler against South Africa. India was behind the eighth-ball on the second day’s play but Thakur was able to get his back in the contest as he dismissed Dean Elgar, Rassie van der Dussen and Keegan Petersen in quick succession before the Lunch break.

Thus, he played a key role in skittling out South Africa at 229 runs in the first innings and the Proteas could manage a lead of 27 runs. Furthermore, Thakur played a crucial little cameo of 28 runs in the second innings to help his team extend their lead to 239 runs. Moreover, Thakur dismissed Aiden Markram in the second innings as he plumbed the hosts’ opener in front of the wickets.

Aakash Chopra said on his YouTube Channel, “Shardul Thakur is doing what we were expecting from Hardik Pandya, honestly speaking, for a lack of a better example. We were repeatedly looking towards Hardik, that he will bowl and score runs with the bat.”

Chopra added that Hardik Pandya is a better batsman than Shardul Thakur while Thakur is a better bowler than Pandya. Currently, Thakur is delivering the goods with both bat as well as the ball.

He added, “Of course, there is no comparison between Shardul and Hardik’s batting. Hardik is way above Shardul in terms of batting but there is commitment, he is scoring runs. Shardul’s bowling is much better than Hardik’s. Important runs, important wickets, and totally entertaining. I love Shardul Thakur to bits.”

The renowned commentator added that Thakur has done an incredible job so far in the second Test match at Johannesburg. Chopra feels South Africa would have been in a more dominating position had Thakur not scored a vital knock of 28 runs.

“The job Thakur Sahab has done, this is incredible. First, he took seven wickets, and after that, the 28 runs he scored off just 24 balls. You might not have realized the importance of those 28 runs yesterday but you will do it today because only 122 are left.”

“If he had not made those 28, then probably 80 and not 122 would have been left. The partnership with Hanuma Vihari would not have been there and India would have been in a huge spot of bother.”