Home » Cricket » SA vs IND 2022: Team management & selectors think that I am a genuine bowler as well – Shardul Thakur

SA vs IND 2022: Team management & selectors think that I am a genuine bowler as well – Shardul Thakur 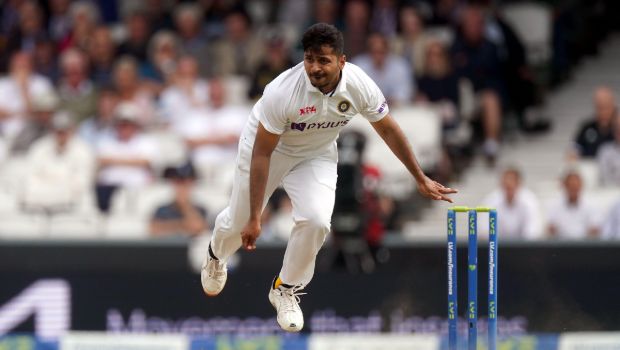 India’s all-rounder Shardul Thakur has taken giant strides in his cricketing career in the last couple of years.

Thakur had come up with a match-winning performance against Australia in the historic Gabba Test where he scalped seven wickets in the game and also scored a fine knock of 67 runs.

Thakur was once again at his best as he returned with impressive figures of 7-61, which is the best for any Indian bowler against South Africa at the Wanderers, Johannesburg on Tuesday. The Proteas were in a dominating position ahead of the second day but Thakur was able to turn the tables for the visitors as the home team could only take a lead of 27 runs.

Thakur bowled a fiery spell as he scalped 3-5 in 4.5 overs before the Lunch break removing Dean Elgar, Keegan Petersen, and Rassie van der Dussen. Ergo, he was able to get India back into the contest as South Africa slipped from 88-1 to 102-4.

Thakur revealed that he has a different mindset while playing the red-ball version and he always tries to give his best to the team.

“Team management and selectors in India think that I am a genuine bowler as well, that’s why I am here. And obviously, my performances in domestic with red ball and white-ball cricket have been rewarded. And whenever given an opportunity to play for India, I am always up for it, and especially in Test cricket.

“I believe it’s the purest form of the game and whenever I am playing red-ball cricket, my energy is different, my mindset is different, I am always willing to take wickets for the team,” Shardul Thakur said at the post-day press conference.

Meanwhile, Shardul Thakur is expected to get his opportunities in overseas conditions. Thakur has thus far played six Test matches and as India will play a solitary Test match in foreign conditions before the 2023 World Cup, the all-rounder might not get a lot of opportunities in the final XI. The Mumbai player added that he doesn’t feel pressured for getting fewer chances.

“No, I don’t feel pressured when I get fewer opportunities. Every opportunity for India is welcomed because we are a country of 1.3 billion people, so you can imagine the competition you are facing amongst yourselves. But yes, above all of that, you have to address the fact that now you’ve got the game to play and what needs to be done on that particular day for your team, to have a better understanding of the situations in game and also around the team, when you are playing in overseas conditions.

Thakur’s brilliant spell was able to get India back in the contest and he will also look to make a solid contribution with the bat in the second innings. India lead by 58 runs as they were 85-2 at the end of the second day’s play.