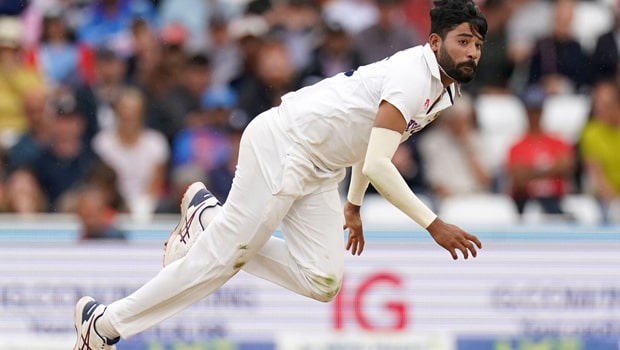 India’s veteran wicket-keeper batter Dinesh Karthik reckons the main reason why India struggled to dismiss South Africa in the second innings was the absence of Mohammed Siraj. The tourists had set up a target of 240 runs and many cricket boffins thought that India had put enough runs on the board but they could only take three wickets in the second innings as South Africa won by seven wickets after Dean Elgar scored a gutsy knock of 96 runs.

Meanwhile, Mohammed Siraj pulled his hamstring on opening day and he was not at 100% throughout the match. Siraj went wicketless in the first innings after bowling 9.5 overs. Furthermore, the fast bowler could only bowl six overs in the second essay and could not pick any wickets. Thus, India did miss the services of Siraj as he is known to give his 120% on the field.

The fast bowler had scalped three wickets in the opening Test match. In fact, Jasprit Bumrah had also suffered an ankle sprain in the first innings of the first Test and hadn’t bowled much.

Dinesh Karthik said on Cricbuzz, “India, being the number one Test cricketing nation in the world, they would be little disappointed. They probably didn’t bowl at their best. And the main reason why India struggled through this test match was obviously the absence of Siraj. The hamstring injury not only put him in the backfoot but it put India’s bowling unit on the backfoot. Because he has the ability to seam the ball well in and out. And that would’ve been a massive difference.”

On the other hand, Karthik added that Shardul was a big positive for the Indian team along with Ajinkya Rahane and Cheteshwar Pujara. Thakur returned with his best Test bowling figures of 7-61 in the first innings while Rahane and Pujara scored valuable fifties in the second innings.

Karthik added, “Credit to Shardul Thakur. He looked outstanding. He created opportunities every time he came on to bowl. Shardul was the biggest plus for India to come out from this Test apart from Rahane and Pujara batting so well. They batted brilliantly in the second innings. Very important knock for them and it was good to see the approach they had in their strokeplay.”

“When Kohli comes back it would be a very interesting decision. Overall India played brilliant cricket but have they played as well as they hoped? Probably not.”

The third Test will be played at Cape Town from January 11.