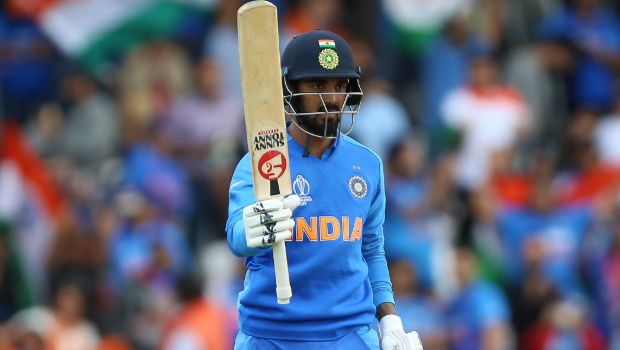 India’s ODI captain KL Rahul admitted that the middle-order couldn’t get going after his team lost the first ODI against South Africa by 31 runs at Boland Park, Paarl on Wednesday.

South Africa posted a par score of 296 runs after Temba Bavuma won the toss and decided to bat first.

The Proteas lost three early wickets however Bavuma and Rassie van der Dussen scored fine centuries to help their team register a competitive score. On the other hand, India was going strong in the run-chase after former skipper Virat Kohli and opener Shikhar Dhawan added 92 runs for the second wicket.

But the visitors lost seven wickets for 76 runs and could only manage 265 runs. Shreyas Iyer, Rishabh Pant, and Venkatesh Iyer were dismissed in quick succession as India’s middle-order once again failed to get going. India went from 138-1 to 188-6 as the middle-order disappointed with their performance.

Rahul also feels they conceded 20 runs more than would have liked as they failed to pick up wickets in the middle overs. Rassie van der Dussen took the aggressor role while Temba Bavuma played a second fiddle as the duo added 204 runs for the fourth-wicket alliance.

KL Rahul said in the post-match presentation, “It was a nice game. There’s so much to learn. We started off really well, we couldn’t get wickets in the middle. We’ll look to see how we get wickets in the middle overs and stop the opposition. The middle-order couldn’t get going. We were on par for the first 20-25 overs of the game. I thought we would chase it down easily but SA bowled really well and got crucial wickets. I didn’t bat after the 20th over, I don’t know if it changed drastically. Virat and Shikhar told that it was a good wicket to bat on, you just had to spend some time in the middle, unfortunately, we couldn’t get the partnership going”.

Rahul gave credit to the opposition for posting a par score but rued the fact that his team couldn’t get the partnerships going in their batting innings.

Rahul added, “They did really well, they put pressure on the bowlers and we couldn’t get those wickets in the middle. 290+ was 20 runs extra, but we just needed more partnerships in the middle. Every game is important for us, we all want to go out there and give our best performances. We haven’t played one-day cricket for a while, we have the WC in mind and we want to get the best XI on the park. We’ll make mistakes but we’ll learn from them”.