Home » Cricket » SA vs IND 2022: There is no doubt that batting let India down – Aakash Chopra

SA vs IND 2022: There is no doubt that batting let India down – Aakash Chopra 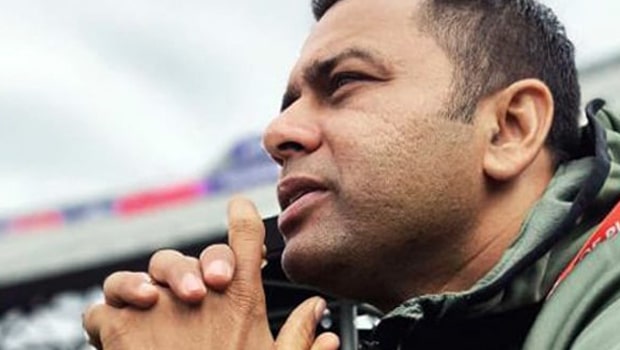 Former Indian opener Aakash Chopra reckons India’s batting let the team down in the second Test match against South Africa at the Wanderers, Johannesburg. KL Rahul decided to bat first after winning the toss and India could only post 202 runs in the first innings.

The team’s stand-in captain KL Rahul showed all the patience and determination to score a fifty in the first innings. Furthermore, Ravichandran Ashwin scored a fine cameo of 46 runs but apart from these two batters none of the Indian batsmen could get going in the first essay.

India managed to score 266 runs in the second innings and thus gave a target of 240 runs to the Proteas. However, South Africa was able to chase it down with seven wickets in hand after Deal Elgar played a gutsy knock of 96 runs to help his team get over the line.

Aakash Chopra said on his YouTube Channel, “There is no doubt that batting let India down. If you talk about the first innings, you can see KL Rahul and after that only Ravichandran Ashwin. There were not too many runs in between.”

“If you score 202 runs when you opted to bat after winning the toss, you have lost the advantage. You won in Centurion because you were 270/3 after the first day. But if you score only 200, that’s never going to be enough.”

In fact, the renowned commentator reckons the team could have given a target of 275-285 to South Africa but they could only give a target of 240 runs despite conceding a lead of 27 runs in the first innings.

Pujara and Rahane added 111 runs for the third wicket but India once again lost wickets in a cluster. Furthermore, Rishabh Pant played a poor shot against Kagiso Rabada and he was dismissed for a duck.

“You conceded a small lead but after that, you were at a stage where you could have given the opposing team a target of 275 to 285 runs. But that also didn’t happen. Cheteshwar Pujara, Ajinkya Rahane – good runs, good innings but still.”

“Rishabh Pant’s shot is pinching even more because if he had stood there and scored 25 more runs, then this encounter might have gone in some other direction. This thing will always remain in our minds.”